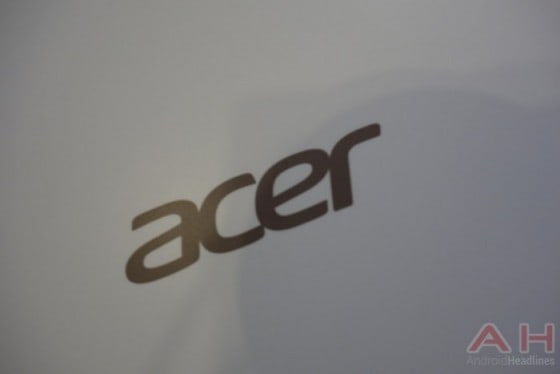 It looks like Acer has some big plans for us coming soon. They just released an image invitation for a big announcement to take place next month on April 29th. The event takes place in New York City and is labeled as A Touch More Connected, and will be Acers big event for them to showcase this years new product lineup. It will also be the companies first global press conference headed up by the new President and CEO Jason Chen, so we should see some really big things to come from them this year.

We’ll most likely see some new tablets that are bound for the market later in the year, as well as some new smartphones, possibly the ones that we saw at MWC, and we could even see some more from in the way of Chromebooks. If we see a new Chromebook or a new line of Chromebooks for 2014, we can’t wait to see how they would have been improved over last years model. We know that a new budget tablet from Acer is in the works as it just passed through the FCC, called the Acer Iconia One 7, which will be a new 7-inch low cost tablet, so we could see them unveil that at the press event next month. As for smartphones, last month they showed off the Acer liquid E3, so could it be a possibility that we’ll see that unveiled with word of a release in other regions?

Whatever it is that Acer has planned, they’re excited about it and they definitely want us to be excited about it too. The announcement over next months event says that there will be more information to come, so we’ll probably hear some more details regarding about what to expect within the next week we would expect. Perhaps we’ll even see some wearables from Acer at this event, or we could hear more about their giant multi-touch monitor that is said to boot into Android 4.2 that they showed off at CES. Whatever they have to show us, we’re ready and we’ll be sure to let you guys in on what they have to offer. 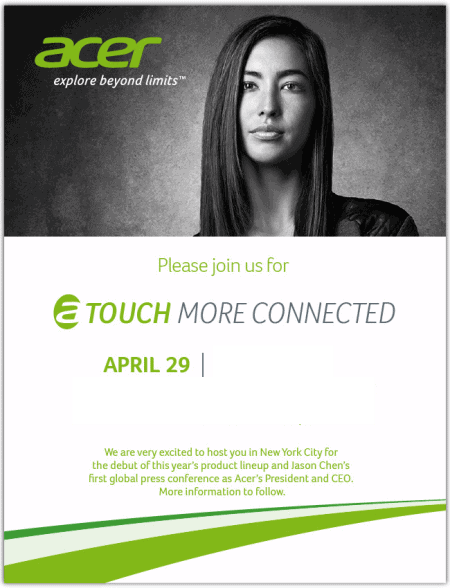