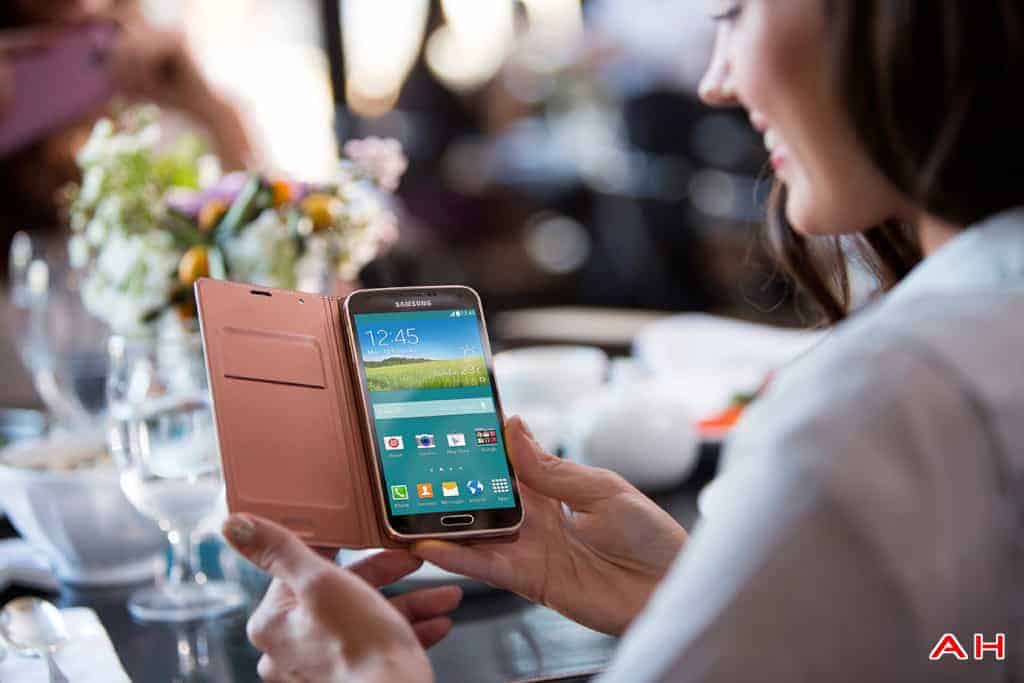 Samsung announced their latest and greatest yesterday, in the form of the Galaxy S5 and let's just say that opinion, is divided. Many are billing Samsung's latest iteration on the successful Galaxy S line simply more of the same, and that the new and improved features aren't much to write home about. Regardless, Samsung has put a lot into the Galaxy S5 and it's just as much a high-end flagship as anything else is. From the improved camera, to the fingerprint sensor a la the iPhone 5S, there's enough features in here to shake a stick at.

At the heart of the Galaxy S5 is the Snapdragon 800, clocked at 2.5 Ghz and backed up with 2GB of RAM. It's curious to see 2GB of RAM here when the Galaxy Note 3 features 3GB, but we suppose the new TouchWiz can get by with "just" 2GB of RAM. The Snapdragon 800 running the show is of course no slouch, and will continue to be a powerful CPU for the rest of 2014. Even Qualcomm is struggling to better the chip's performance and has yet to release a radically better chip. Previous Samsung devices have been sold in a number of variants, that are similar on the outside, but very different on the in. The Galaxy S5 won;t be any different, but Samsung has tried to keep things quiet on that regard.

Earlier, we ran a story from Samsung detailing the evolution of the Galaxy S Line, and when detailing the Galaxy S5's specs, there was a curious addition in the infographic. It listed two versions of the device, the Quad-Core Snapdragon 800 one, as well as a 2.1 Ghz Octa-Core CPU. What's interesting here is that there's been no mention of an Octa-Core CPU from Samsung themselves, and while a new Exynos chip was said to be debuting at Mobile World Congress this week, we've yet to hear a thing. Moreover, the original post from Samsung with that infographic has been taken down, further adding to our intrigue. It's possible that Samsung is to release the variant with a new Octa-Core CPU closer to the time of launch (which is slated for April, worldwide). Those looking for Octa-Core power however, might be disappointed as the Galaxy S4 with an Exynos octa-core CPU was made available outside of Korea in only limited quantities and even the fast LTE-A model went with Qualcomm's Snapdragon 800.