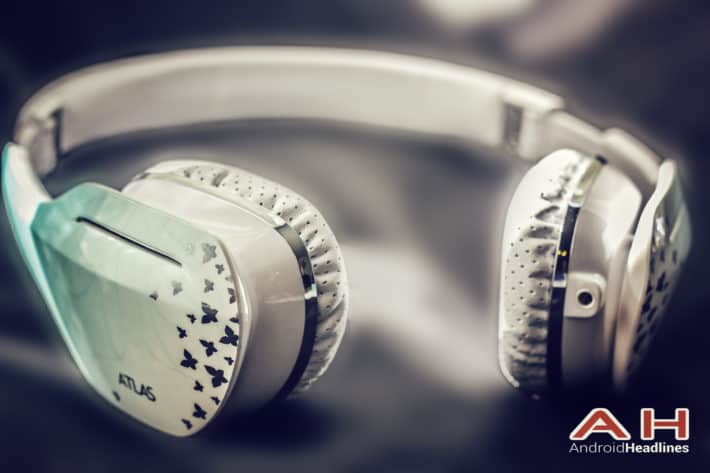 Technology does not always cater to women, and as such, finding something that is both functional and fashionable can often be a challenge – especially in the wearables industry. MEElectronics however has accomplished just that with its Atlas headphones line. I have to admit that I am not one who sits on her cell listening to music or watching movies all day, but from the first day my Atlas Fantasy cans arrived in the mail I was in love. As children we are told never to judge a book by its cover, but in this case I was drawn to the perfect packaging, vibrant colors and stylish design that I quickly through that lesson out the window. Before even testing out the functionality of the headphones they quickly became my favorite pair. The girly side in me was hooked, but of course the geeky side was eager to try them out.

Since the headphones come equipped with a microphone, the first thing I did was connect the flat, double-sided auxiliary cord between my Nexus 4 and the Atlas so I could make a phone call. The thick white cushioning of the ear pads make them very comfortable, and did well to keep outside noise muffled. Although MEElec advertises the headphones as having "all-day comfort," I am inclined to disagree with the pitch. The company's new ComfortZone technology is said to be ergonomically designed to prevent discomfort during long periods of use, however, I found that extended sessions made the edges of my ears hurt. But hey, that could be because of my giant Dumbo ears. In all seriousness, if you do have a smaller set of lobes then you might benefit from the ComfortZone technology. In addition to the ergonomics, the ear cushions are ventilated to help your ears stay cool and dry. Since wearing cushions on your head can often lead the occasional wiping of the brow, especially for men, I found this feature very useful. I never once had to ring out the soft cushioning, nor did I ever get overheated and have to remove the headphones.

I have to say, as soon as I put the Atlas' on my head my attention immediately focused on the sound playing through them. Even when I first tried them out at CES I was impressed. Had I not known I would be getting a pair to review the company representative would have had to pry them off my head instead of my regretfully handing them back to him. Since having them within my grasp again, I often catch myself swaying to the music, and just enjoying the experience – something that I do not often do when relaxing to my favorite alternative jams. The sound quality is definitely what you would expect of a device with 40 mm drivers – it produces a nice deep bass without sacrificing clarity. In-call I could hear the other person clearly without distortion, and they could hear me just as well as they could over my handset. While there is no noise-cancellation feature on these headphones, I could hardly hear anyone around me when listening to music or watching movies. As a mother of a very loud 7-year old this meant I could actually enjoy an entire show without being interrupted by random animal noises (something he does often when board) and blaring video games. 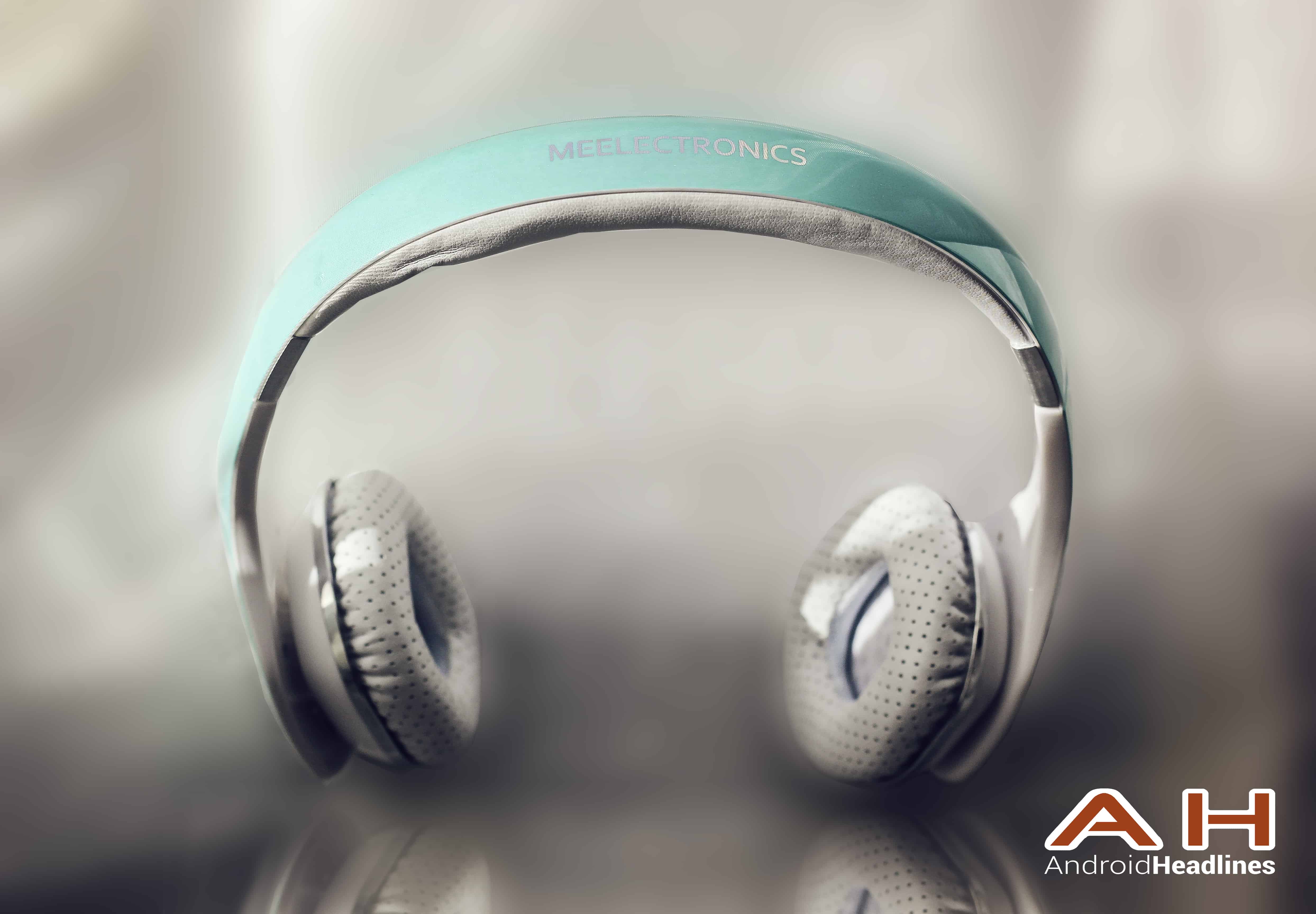 There are five different Atlas designs, providing choices for both men and women. My favorite is of course the Fantasy, which have silver butterflies imprinted on the teal-colored casing. The other options are a little less girly. The Diamond is pure white with the elegant shape of diamonds etched over the casing. The Orion is a little too geeky for my taste; it is all about embracing the future, and is said to represent futuristic Metropolis. My second favorite is the Atlas Sky; a dark blue sky featuring the California horizon covers the device. The final design, Carbon, is reminiscent to the aesthetics of carbon fiber composites with its black and blue zigzagged graphics.

Each pair of headphones were created using a technique never before used on headphones – IML printing. The process applies multi-layered graphics on top of the headphones, giving them the beautiful designs that initially caught my attention. It also gives them a scratch resistant surface with colors that are supposed remain true for years to come. 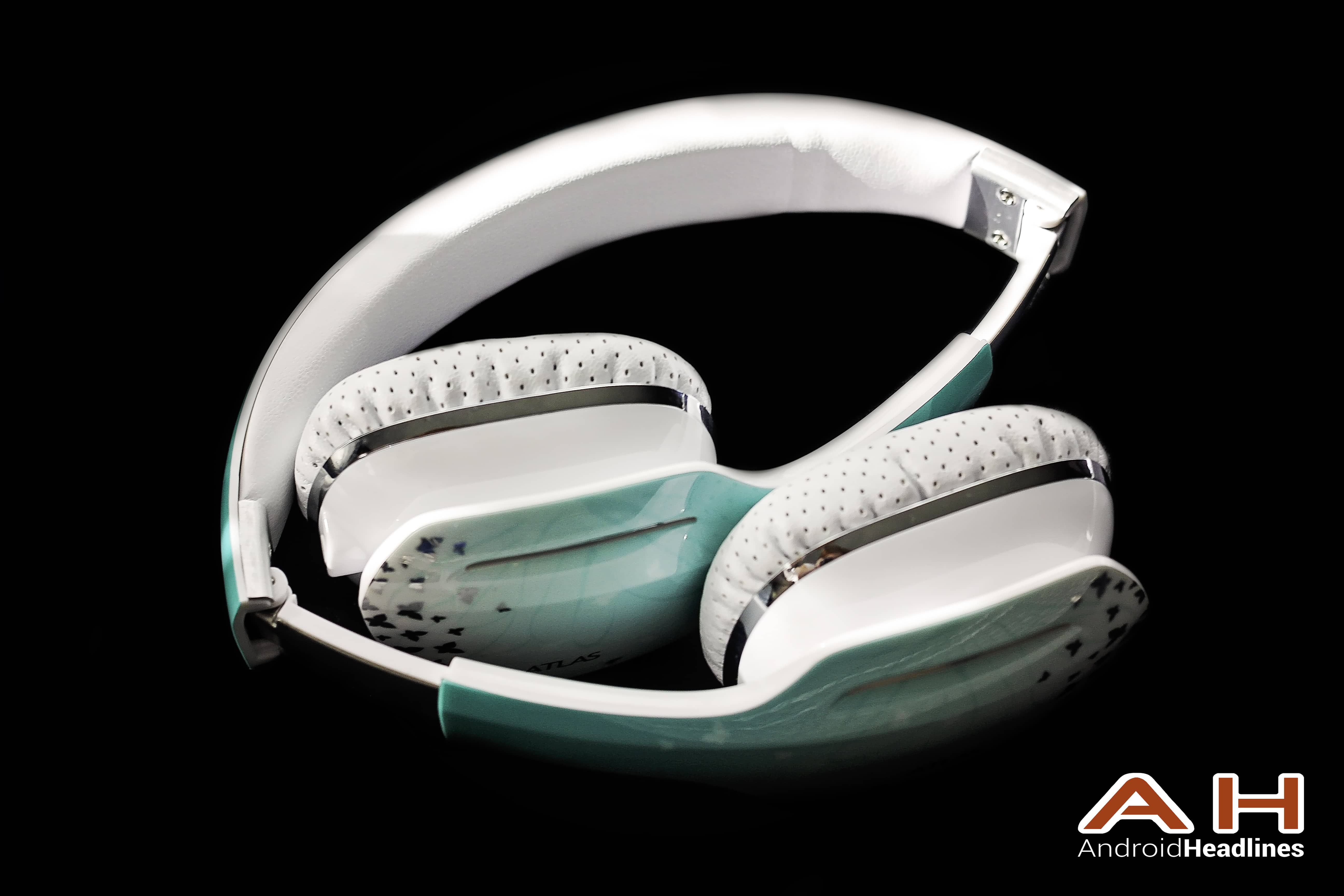 The headphones come with a flat, tangle-resistant auxiliary cable in the color scheme of your selected product. An attached remote allows you to increase the volume over and above the maximum allowed by your smartphone or other device; and allows you to control your media and take calls by the push of a button (with compatible devices only). The two-sided 3.5 mm cord is detachable, which allows for easier storing and replacement if the cord breaks- which was inevitably the case with me. The cable is made up of six tiny cables formed together allowing for different channel operations, and supposedly better quality. Since one of the cables ripped at the seam, it is almost impossible to enjoy the Atlas' like I did in the beginning. The mini-cord that ripped controls voice quality so while I can still hear background music, I can no longer use it for calls on my cell. When watching a movie using my laptop I constantly have to readjust the cord to hear the people speak. Although a frustrating problem, it is hardly an end-all problem. I still prefer the Atlas headphone's over any of my other cans or ear buds. If you decide the positives outweigh the negatives, be prepared to either protect the included cord with your life, or purchase a new one when the included one fails.

In addition to the included cord, headphones and manual, the box also includes a handy carrying case. This has been very convenient for me since I am constantly on the go and the Atlas' always finds its way onto my person. I take them to work, the grocery store, family outings and of course, the parents' house for when I need to block out some extra noise. Wherever you go, the Atlas headphones will no doubt be your best friend, just as they have become mine (don't judge me if you two don't get along).  And for only $99, they are certainly cheaper than a lot of friends. 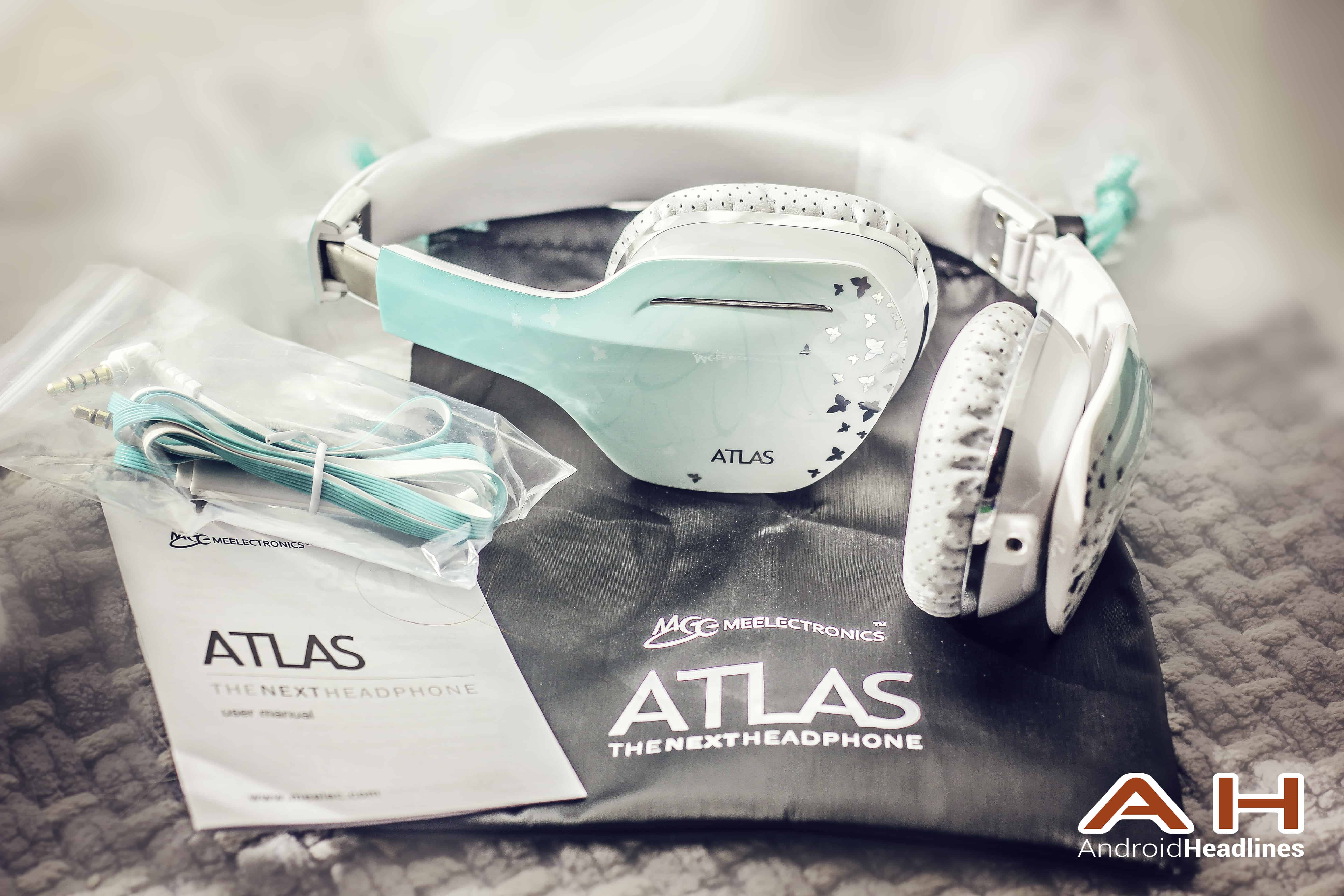