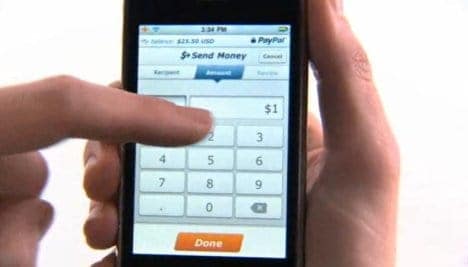 It looks like the rumors of Samsung and PayPal teaming up were true. If you don't recall, a few days ago, we learned of a rumor that mentioned a possible pairing up of Samsung and PayPal. This rumor didn't have a whole lot of information to it, but it was stated that there was a possibility that the fingerprint scanner could play a role in payments and authorization in the Galaxy S 5. It appears as though that rumor was correct.

Today, Samsung announced the Galaxy S 5. With that announcement, it was stated that the consumer could use their finger as verification for PayPal. It would be faster and easier than having to type in a security question's answer or having to verify the last four digits of a card. Not only will a consumer be allowed to verify information with their fingerprint, but they will also be able to pay using PayPal wherever it is accepted.

In a newly released video from PayPal, kind of similar to the Gear 2 video that we recently saw, we see a few demonstrations on how using your fingerprint to pay for things can be simple and easy. The short video shows us how quickly you can pay for things when you need to. From a woman shopping in a store, to the same woman seeing an item of clothing she wants, we can see that she can pay with her phone anywhere that PayPal is accepted.

This feature seems like it could be extremely useful. In this day in age, our technology has become something that we always have on us. This feature doesn't look like it requires the consumer to place their phone on any terminal. It just requires a fingerprint scan on the phone, and the amount is taken out of the PayPal balance immediately. It should be really interesting to see how this feature works in the real world.

This feature should be available at launch in 26 countries, including the US and the UK. The Galaxy S 5 will be available in the US on April 11th. We'll have to wait until then to see this feature in action. Check out the video below for some more demonstrations on using PayPal on the Galaxy S 5.