Continuing the trend of Samsung apps leaking out with a toned-down design, the S Voice app has now reared its head. S Voice came along with the launch of the Galaxy S III – along with the rest of the S Brigade – and was Samsung’s way of showing its devices could do voice control just like the iPhone 4S. Others like LG followed suit with the Q Voice and until Google Now came along with Android 4.1, these were the sort of apps Android had to combat Siri. It would seem that Samsung hasn’t given up on S Voice, even with all of this talk of Samsung adopting more Google services. The guys over at SamMobile have once again been passed some screenshots of what looks like the updated version of S Voice, which is more than likely going to appear with the Galaxy S5 later this month.

According to the tipster, the app also runs a lot faster compared to previous versions, which could be a hint that TouchWiz is being cleaned up not just on the out, but on the in as well. The flat design is definitely a lot cleaner than previous versions, but the two apps aren’t undistinguishable from one another and in fact, some users might not even notice the difference. Not all Samsung fans are going to appreciate this new look either, however every so often a company like Samsung has to make changes to how their apps and their UI looks. In the last couple of years, even Android itself has changed noticeably since the arrival of Android 4.0 Ice Cream Sandwich.

As with previous leaks such as the updated WatchON app, the screenshots – which you can take a look at in full over at SamMobile – were taken from a device with the model number of SM-G900H, there’s no telling yet if this is the Galaxy S5, but at this point, we wouldn’t at all be surprised if that’s at least one of the model numbers the Galaxy S5 will have when it comes to market. 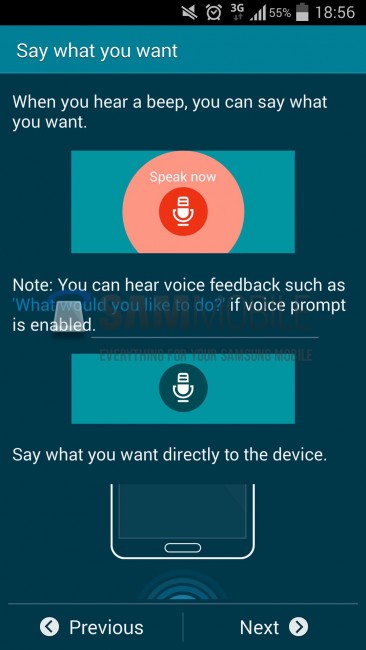