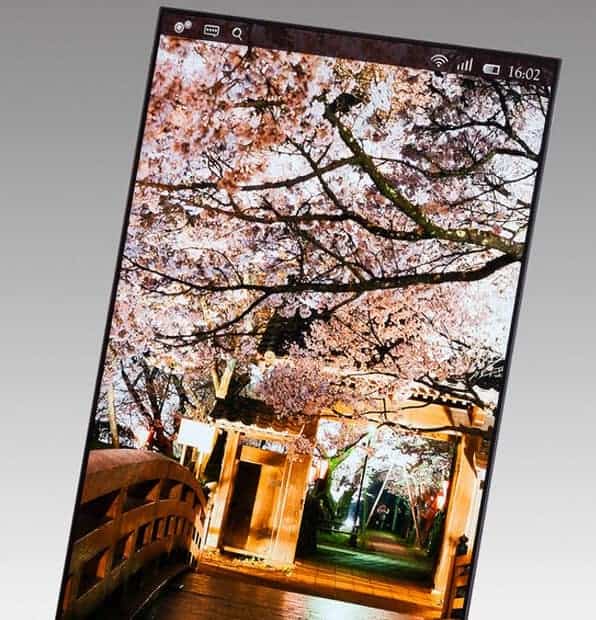 It is no secret that QHD 2K and even UHD 4K displays for our mobile devices are not only being developed, but that the QHD 2K screens are already being manufactured by Samsung and Vivo – in fact, Vivo already has already laid claim to having the first Quad HD (QHD) smartphone for sale, dubbed the XPlay 3S, with 490 Pixels Per Inch (PPI) and it looks quite stunning in the photos (see below).

Global shipments of smartphones continues to grow each year and are expected to reach 1.2 billion in 2014 and estimated to rise to 1.7 billion by 2017 – and even though the entry-level smartphones, those costing below US$200, will account for 35-percent of the total shipment of smartphones in 2014, the average display resolution continues to increase across the board.

We can ask the big question – Is there a real need for a display of this caliber on a smartphone or even a tablet, when the human eye can barely detect any differences over 300PPI – however, it does not matter if you answered yes or no to the question, because they are coming to a smartphone near you. We will see them in 2014…

According to Digitimes, smartphones with HD and Full HD displays are expected to reach 570 million in 2014 and the Quad HD displays are estimated to reach 41 million in 2014 and 23 million by 2015.  AU Optronics (AUO), JDI, Samsung Display, and other display manufacturers already have Quad HD displays in product and the necessary GPU (Graphic Processer Unit) to support this type of resolution. One of the biggest concerns of a smartphone user is battery life, and the display is normally the biggest drain.  It is no secret that the higher the pixel density and the brighter the display, the more the strain there is on the battery. However, Tina Teng, senior analyst for smartphones at DisplaySearch said:

"Market growth for smartphones with high-definition screens is being fueled by increasingly affordable application processors, which along with increased production of high-resolution smartphone displays are enabling brands to provide greater resolution and lower power consumption at lower prices.  In the maturing smartphone ecosystem consumers can expect far better visual performance and improved gaming experience."

If they can bring in this type of resolution, at a reasonable cost, with no extra drain on our battery, I can see no harm in increasing the specs of our displays…but, it will most likely end up like the "Retina Display" marketing scheme, where my display is better than your display. The Vivo XPlay 3S is being released in China and they said that they do expect to expand overseas. I cannot wait to see what the reviewers have to say about the display once they get to test it.

Please let us know on our Google+ Page if you are looking forward to the new displays, or do you think enough is enough and that Full HD is more than we need already. We would love to hear your opinion.