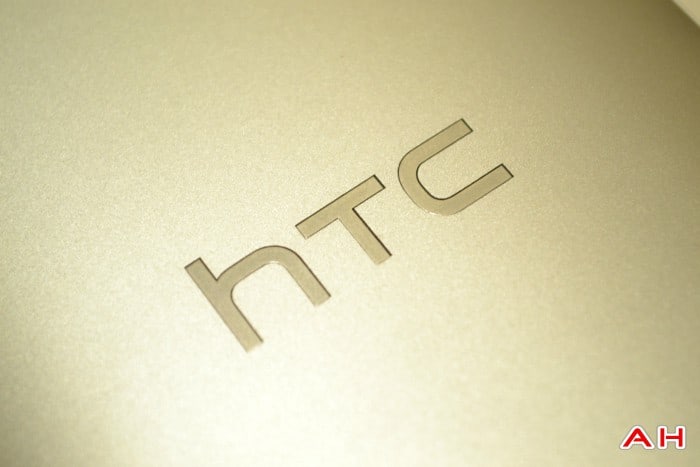 HTC recently announced that they were getting back into the cheaper phones business so as to stagger their tech offerings a little bit more in 2014 than they did in 2013. It's no secret that HTC only had a handful of devices in 2013, and it seems that might have done them more harm than good in terms of sheer money making ability. Now that they've got a new CEO things are being changed up to try to get the company back to a profitable state again, and it looks like the first two of HTC's new lower-end devices have made their appearance on the AnTuTu benchmark database. AnTuTu is a de facto benchmark utility for Android that many trust for accurate results, and as a result we end up seeing many new phones make their first appearances on here for performance reasons by the manufacturer.   The first model we'll look at is the lowest-end one, the D516W. This model features a 1.2GHz Quad-core Snapdragon 200 (MSM8610) and an Adreno 305 GPU with a 540 x 960 resolution screen. It's also got 768MB of RAM and only 2GB of internal storage space, which is rather disappointing considering most HTC devices in 2010 had more storage space than that. It's also running Android 4.3 Jelly Bean, which isn't necessarily bad but is unfortunate given that Android 4.4 KitKat is the version best suited for lower-end phones like this. It's also got a 5MP camera on the back and a 2.0MP one on the front.

What's a little odd here is the GPU, the Adreno 305, which isn't supposed to be paired with the Snapdragon 200, rather the Adreno 302 is supposed to be paired with it instead. Whether or not this is an error on AnTuTu's part or an upgrade on HTC's part isn't known.   Secondly we're looking at HTC's first octo-core phone, the D616W, which is powered by the 1.6GHz MediaTek MT6592 8-core processor and sports a Mali-450 GPU. Those parts power a 720p panel, and as the name suggest has more RAM than the D516W at 1GB, and 4GB internal storage as well. The 8MP shooter on the back will likely take better pictures, while the 2.0MP on the front remains the same. Unfortunately due to MediaTek's lack of drivers HTC has to leave this phone at Android 4.2.2 Jelly Bean, and there's no telling when MediaTek will create updated drivers for anything newer than that.   Benchmark comparisons similar performance between the two devices in a number of categories, but that's likely down to sheer resolution difference between the two phones. Even with a higher resolution the octo-core chipset rightly comes ahead overall, and in some tests significantly. Given that it's got 4 more cores than its sister device it certainly makes sense to perform better overall, especially in a CPU-driven test. Overall these phones are a little disappointing and obviously won't be pushing the envelope for specs on a lower-end device, but maybe they're just the thing HTC needs to become profitable again, and at the end of the day that's what's most important for everyone here. 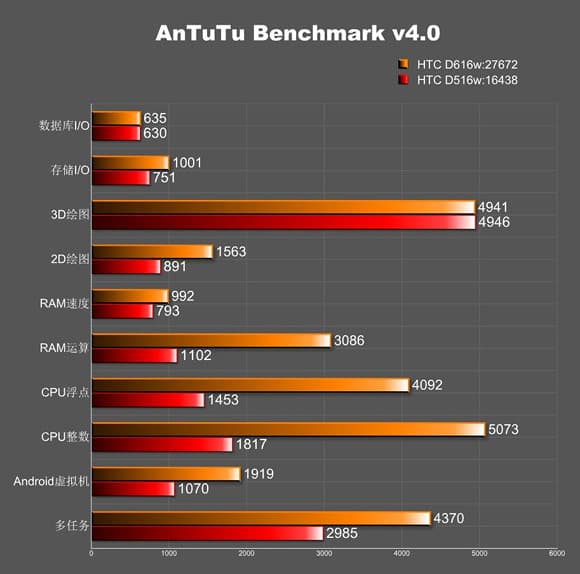