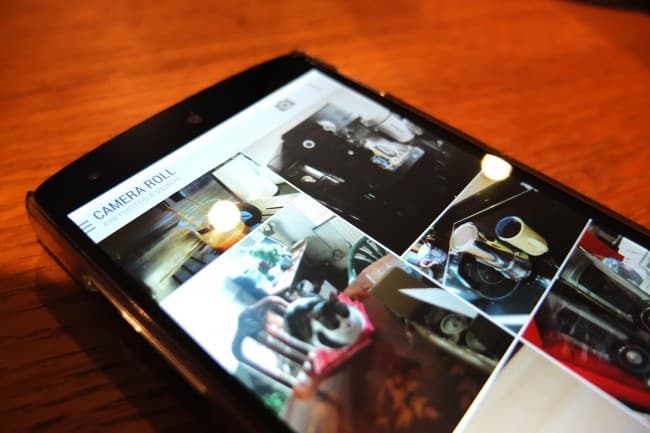 When Motorola introduced a new gallery app for the Moto X, they also released it into the Play Store. Unfortunately for all of us that wanted to try out Motorola's new gallery left in the dark. Of course, there's always a way and if you're running a Nexus 5, you can now get your hands on the updated gallery. Right now, it's a simple flashable ZIP file that you just load up in recovery. Pretty standard stuff for a Nexus user, right?

If you're unfamiliar with the recent update to the Moto X's gallery, the company gave the Moto X's gallery a fresh coat of paint that better fits with Android 4.4 KitKat. At the end of the day, it's still just a gallery app however, giving you quicker access to a quick look at your camera photos and making better use of the screen on offer are both nice touches. To us, the slight redesign reminds us a lot of the new documents picker in KitKat, which bought a little more organization to the share menu within Google's OS.

Everything looks pretty good on the Nexus 5 and despite the fact that it's not designed for a 1080p display like this, it doesn't look all that bad, and in fact you'd probably not even notice it. With the stock Gallery app going away in future versions of Android, it wouldn't surprise us if something like this – or indeed this – becomes a standard feature of Android. No matter what though, this works nicely on the Nexus 5 and yes, as you might have been able to tell by now, I quite like my coffee and my cats. To install this on your Nexus 5, all you need to do is to head on over to XDA and download the ZIP file and flash it in recovery. You can take a look at how the new gallery looks on a Moto X in our video below.