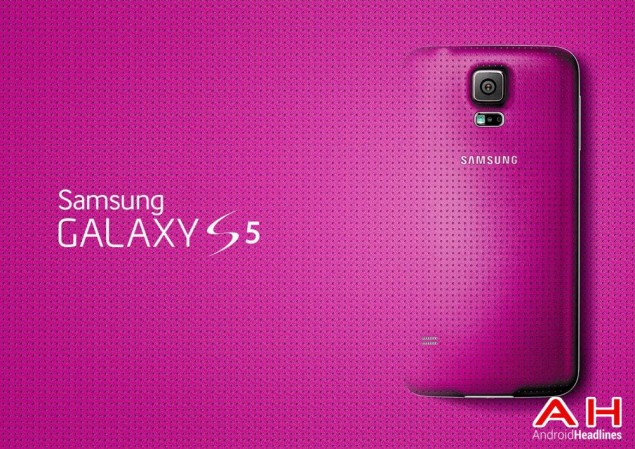 The Samsung Galaxy S 5 is out of the bag and millions of Samsung fans will be itching to get their hands on one. The phone launches in over 150 countries starting April 11th and will continue throughout the month until it hits every planned market. Plenty of people will want to be the first to have one of everyone they know within their circles. As always, T-Mobile comes out of the gate swinging and has a plan to help you be that person. Starting today T-Mobile is giving consumers one more reason to either enjoy being a T-mobile customer or become one. Big Magenta is so excited about the Galaxy S 5, that they want to share the excitement with consumers, and give them the chance to be the first to own one by giving away one Samsung Galaxy S 5 a day for 5 whole weeks until the phone launches.

In a tweet posted close to an hour ago during the Unpacked 5 event(after the official announcement of the Galaxy S 5 of course) T-Mobile announced that they were giving away hundreds of Galaxy S 5's, stating that our friends would be "hella jealous" if we won the device. T-Mobile isn't afraid to go all out and offer some sweet stuff to customers, which is evident based off of their out of the box tactics for advertisements and plans to reform the wireless industry. If you want your chance at winning a Samsung Galaxy S 5 before the phone officially launches globally, you can head to the website link below to register for your chance at getting all the cool new features that the phone has to offer. There's no requirement to be a T-Mobile customer as the registration page asks you whether you subscribe to T-Mobile or not, and being a Tmo subscriber won't help your chances. Winners will be notified via email and if chosen will get their hands on a brand new Samsung Galaxy S 5 and an accompanying S-View Flip Cover. There was no mention of which color or size option of the Galaxy S 5 that T-Mobile will be giving away, but we'd imagine they would let consumers choose their favorite color, while the size would most likely be the 16GB and the cheaper of the two available models. The colors of the device will be Black, White, Gold, and a light hued blue.

Want a #GalaxyS5 before it's available? Your friends would be hella jealous! Official rules: http://t.co/8jpFQKmWrc pic.twitter.com/J07JyD5nXq