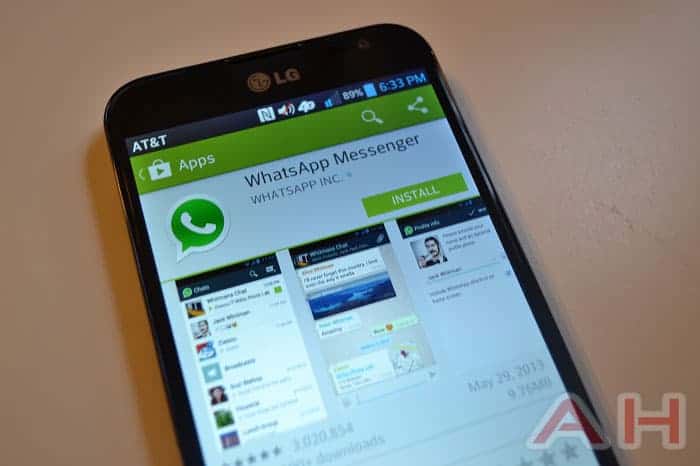 Last week, we were all caught by surprise when Facebook acquired Whatsapp for $19 billion. It even seemed like Blackberry was caught by surprise, and their new CEO said he'd sell BBM for that much money as well. But we had heard that Google had attempted to buy Whatsapp for around $10 billion and WhatsApp turned Google down and went with Facebook for almost double the price. Today, The Telegraph is reporting that Google did not bid on WhatsApp "WhatsApp was definitely an exciting product," Sundar stated. "We never made an offer to acquire them. Press reports to the contrary are simply untrue."

However, the sources of the report from Fortune last week telling us that Google had put in a bid for Whatsapp cited two separate sources. The Information also added that Google's CEO Larry Page met with the execs at Whatsapp just before Facebook's acquisition had gone public in a last minute effort to keep Whatsapp from selling to Facebook.

Sundar is denying that Google made an offer to Whatsapp, but it's pretty clear that Google didn't want Facebook to buy them either. Reports had surfaced as early as last year, that Google and Whatsapp were in talks over an acquisition. However, Whatsapp was very quick to deny that those talks were not going on. Shortly after those reports, Google released their own "unified" messaging service, Hangouts, which is still having a few issues. The big one being that it's not actually unified, at least not yet. Hangouts is kind of similar to Whatsapp, but I do like Hangouts better as I can use it on tablets and desktops while Whatsapp is limited to just your phone.

If Google had bought Whatsapp, I wonder how much different Hangouts would be today? Would it be better or worse? I guess we'll never know.