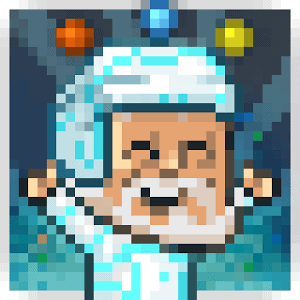 Description: As you might have guessed from the title, the Sandbox is a game that puts you in complete control of a sandbox and gives you all of the tools you need to create whatever the hell you want. There is simply so much on offer in the Sandbox that it's genuinely difficult to cover. From simple elements such as stone and soil to more complex things like life forms, vehicles, weather, explosives, missions, the ability to share online and more. Basically, the Sandbox is one hell of a sandbox, overflowing with features. With a retro-style 8-bit look to it, can the Sandbox present itself as more than just a simple game with lots of features? Is it genuinely fun to play? Read on as I try to find out.

How it Works: Before you can start creating your own everything, you'll need to download the game from the Play Store. From there, you're ready to play. 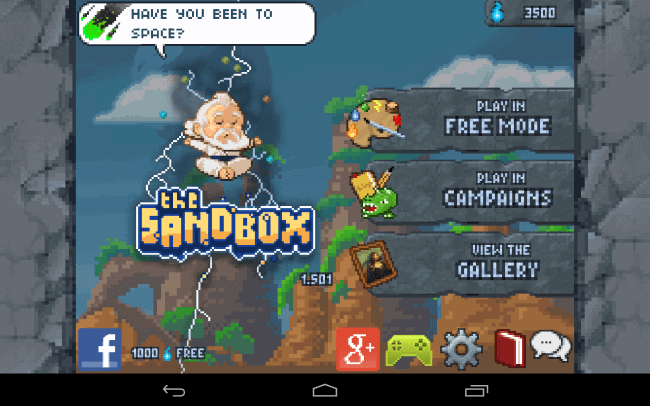 There are two game modes, both of which are pretty much what they say on the tin. Free Mode allows you to do whatever you want and the Campaigns bring a little order to the chaos that is too much choice when building your own world. Campaign missions are great for new players, and there are a whole lot of them on offer. 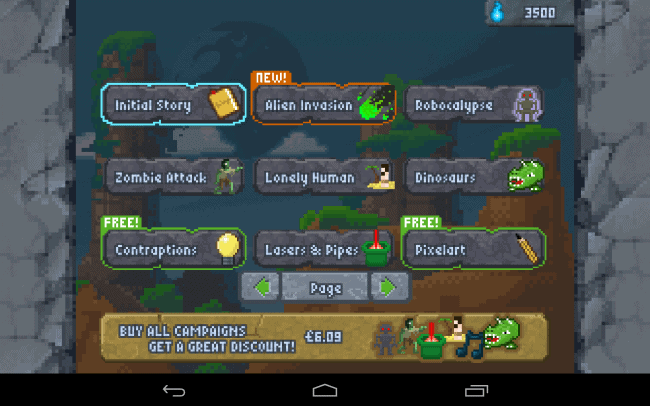 The Initial Story is what I've been playing, in order to get myself familiar with the game. Some of the campaigns are free, but others require you to pay for them. 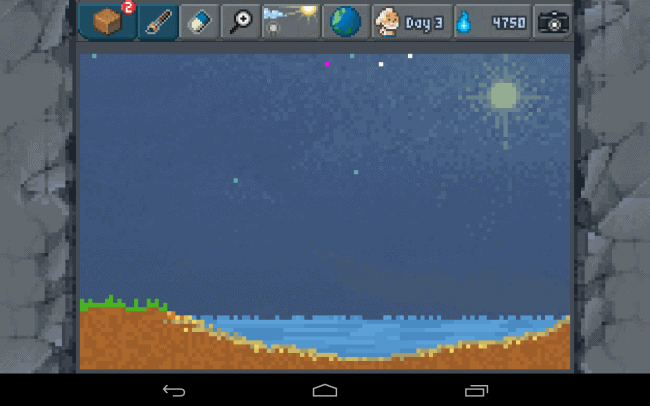 The initial missions are great, as they take you through the basics and at the end of each level you still earn Mana. Which is what you'll need to buy more in-game elements and items that you'll be using to create your masterpieces. 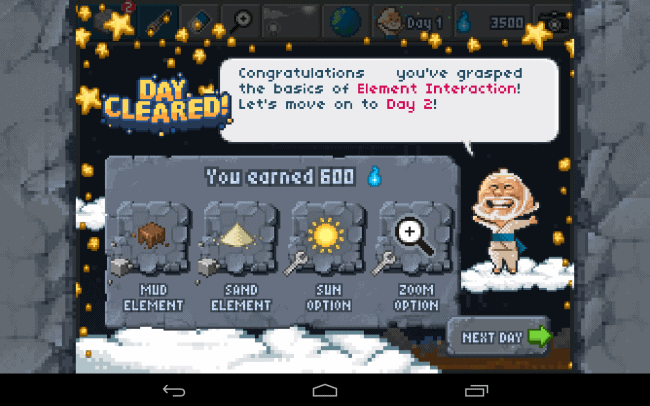 The real headlining feature however, is the Free Mode, in which you can create whatever the hell you want. Things can be as simple or as convoluted as you like, but it's definitely worth experimenting. 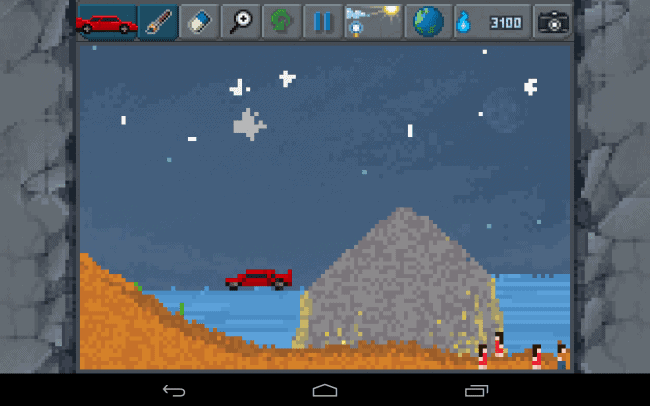 Of course, I'm not quite sure just what to create so I just experimented with the game. However, there are some seriously cool things you can do with the game after get to grips with the editor. 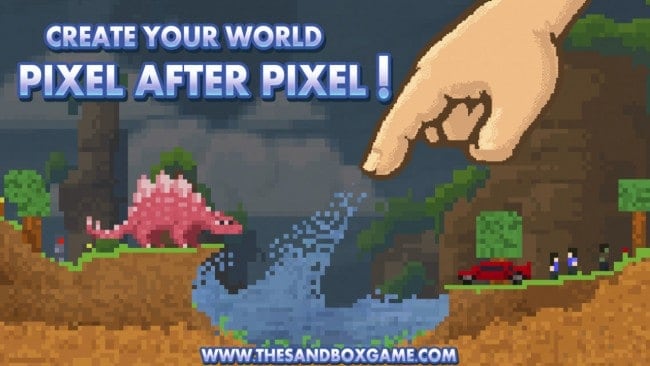 Opinion: I'm a massive Minecraft fan here at Android Headlines, so much so that I often daydream about what would be cool to do next. There's one thing I don't like about Minecraft however, and that's that it's pretty poor on mobile. The Sandbox however, gives me a similar experience, with an attitude and story all its own. The 8-bit graphics will no doubt remind many of Minecraft, but they also allow for a whole lot of stuff to be rendered on screen. The editor is easy to use and works well, my only complaint would be is that at times, the game can be a little glitchy and I didn't feel like it took advantage of my tablet's display as well as it could have done. These are small niggles however, the rest of the game feels polished and I'm very pleased to see Google Play Games and Google+ integration as well.

Conclusion: The Sandbox is a fun game, especially if you're playing on a tablet; in fact I can imagine playing with this my step-sister and having an absolute blast. Like those magic sand kits that you use in a tank of water, creativity is the main feature here, expect there's no mess and you can play this anywhere. The missions are actually a lot of fun and can really help you achieve even better things in free mode as well, once you get the hang of things. With so many items and elements on offer, there's a whole bunch you can do with the game and the only limit is the size of the play area and you're own imagination. There's a very active community online as well – just do a quick YouTube search and see – making the game feel extremely polished and well put together. The Sandbox is definitely a game to give a go, and Minecraft fans should really love it.