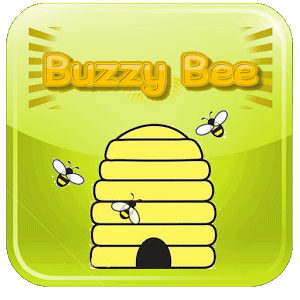 Description: Buzzy Bee is a free game that's supported by ads for Android that you've probably played so many times before. As you might have guessed, this is yet another game that follows in the footsteps of the Flappy Bird, the Internet hit that blew up and then disappeared from app stores all over the world. In its wake now stand games like Buzzy Bee (of which there are three in the Play Store alone). This particular "model" of Buzzy Bee is a low-key game that's a one-click arcade game aimed to provide the same sort of entertainment that Flappy Bird did. Read on to see if Buzzy Bee is simply another clone or is it something more.

How it Works: A quick download from the Play Store will put Buzzy Bee on your device and from there, you're ready to flap, sorry, buzz. 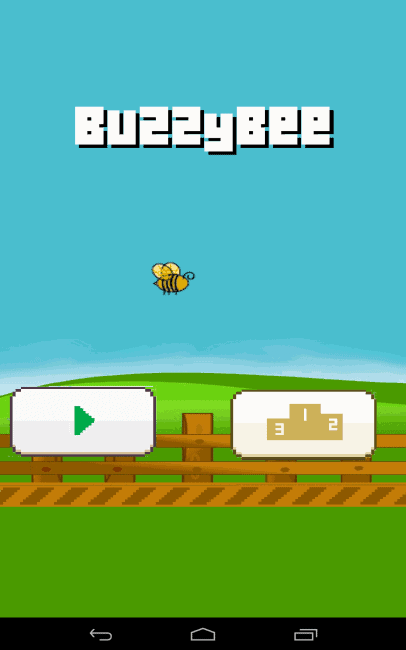 Hitting play gives you the familiar prompt to start tapping to raise the bee. 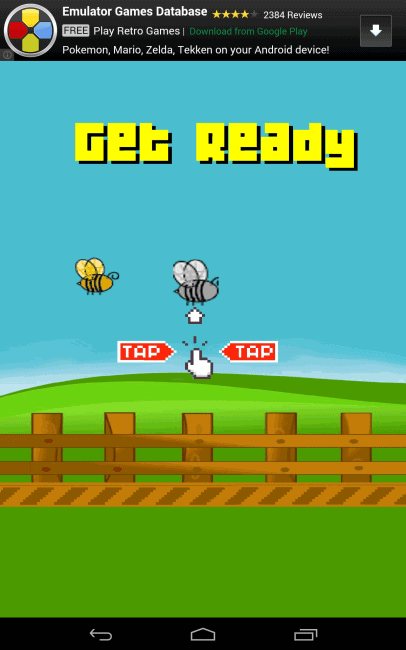 Obviously, the aim is to dodge the obstacles and see how long you can last. 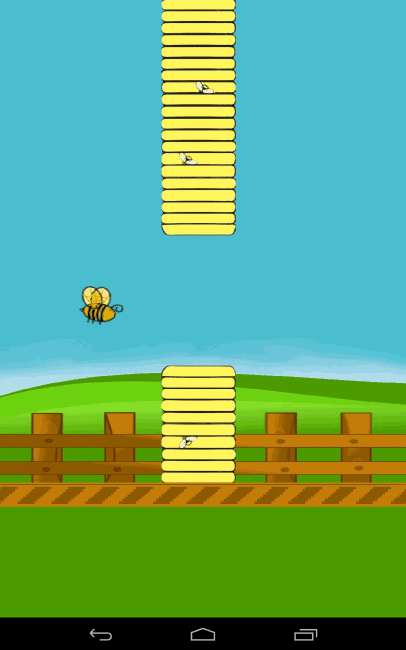 At the end of each level, you're given a score and a chance to quickly retry the level. 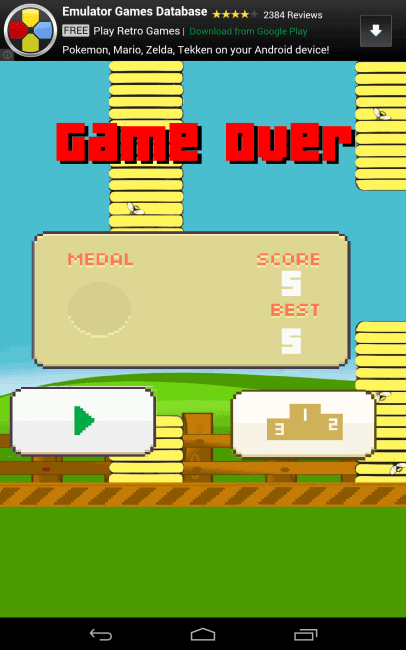 There are also leaderboards as well for you to compare your score around the world, these can be anonymous if you choose. 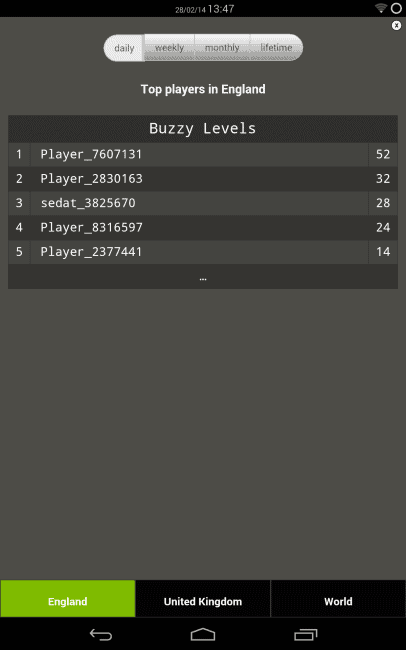 Opinion: Let's face it, we've played this game before, haven't we? We have, and if you take a look at the Play Store, you can see that there are lots of games based on Flapping bees. The problem with this particular version of Buzzy Bee is that it's not original at all, the graphics look positively recycled from Flappy Bird. However, there is light at the end of the tunnel, it's not all bad. Taking the fact that this is a complete clone out of the equation, it is fun. It's also a little easier than Flappy Bird was in my experience, although it is still challenging. The slight pause at the beginning is a nice touch and eases you into things when you first get off the mark. Even so, a fun clone is still a clone. It's not so much the mechanic here, but everything surrounding it. With some retooled graphics and added features, Buzzy Bee would be a lot more fun than it is right now.

Conclusion: There's nothing wrong with taking inspiration from something, but Buzzy Bee is not an original game. Which is a real shame, as there's a lot someone can do with the original Flappy Bird formula to make things a lot more exciting. The game is easy enough to pickup and play and the timings are great even on tablets, so it's a little easier than the original Flappy Bird, but the developer has failed to bring anything really new to an old formula here. That's a real shame, as there was a lot of potential here, but it seems that Buzzy bee might stay a simple clone for a long time yet. Still, if you miss Flappy Bird and what that style of gameplay back, then there's nothing wrong with this as a quick play every now and then.