Sony's SmartWatch 2 has been on sale for some time now and with Pebble releasing their new attractive Pebble Steel model, it's only fitting that Sony bring a couple more options to market. UK Retailer Clove UK has a pair of new SmartWatch 2 editions that are coming soon. The silver metal version of the watch looks just like the traditional black model – which is on my wrist right now – but with a silver coating all over it. The metal band is also the same one from Sony, but in the same silver hue, rather than the black hue.

As for the FIFA edition, which is dressed up in traditional Brazilian colors to celebrate the upcoming World Cup. It's altogether a more sporty look, as you can see below, and it should appeal to more people than the typical black silicon, metal or leather options. Of course, both of these editions appear to be the very same watch face and main device that launched last year. Making it incredibly easy to change the watch strap whenever you wish, all you need to do is to find a 24mm watch strap you like, and you're good to go.

With all of this hub-ub surrounding the Pebble Steel, you might think that Sony's option doesn't have much going for it. However, that's not the case as the SmartWatch 2 is great for notifications and has a lot of apps available in the Play Store, such as the remote widget app that lets you use any Android widget on your wrist. Besides, it's relatively affordable and has a style that reminds us a lot of some of Braun's most stylish watches. If you're interested in the SmartWatch 2, you can purchase one from Amazon in the States. Meanwhile, these new editions are listed on Clove's website in the UK for £132, but there's no word yet on just when these are going to be shipping, but stock is said to be due in March. 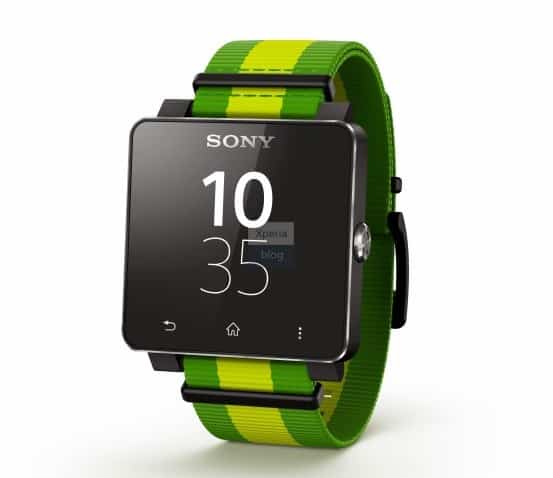