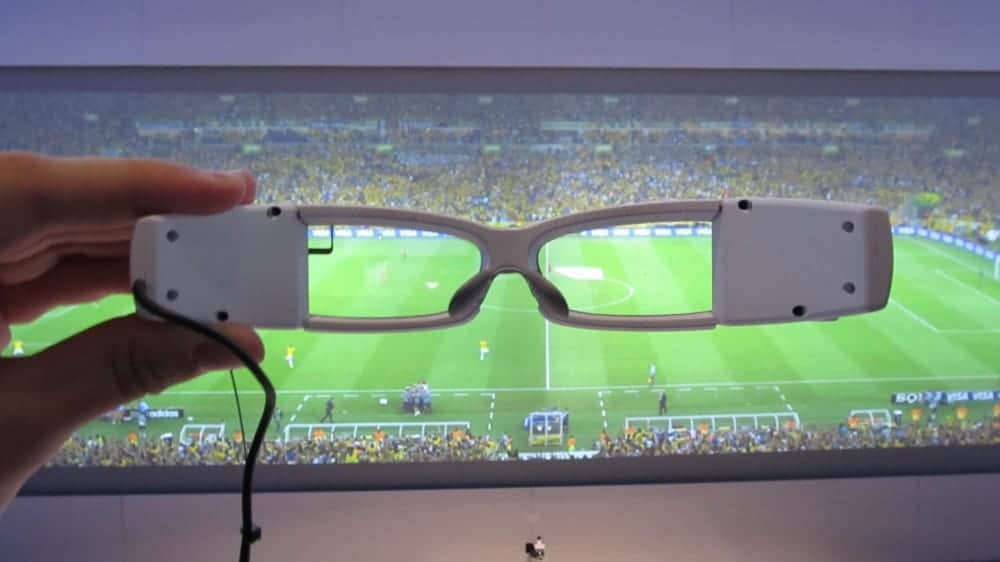 Sony first announced that it was working on its own pair of augmented reality glasses back in January at CES. Dubbed the SmartEyeglass, this concept is packed to the brim with sensors and buttons. Sony is saying that SmartEyeglass is not a direct Google Glass competitor, but it does a lot of similar things.

The glasses will guide you to where you want to go, both indoors and outdoors. It will read text message to you and allow you to take quick photos, too. SmartEyeglass has a built-in compass, microphone, accelerometer, camera, and brightness sensor. You interact with the glasses using a separate controller that has a touchpad and buttons for navigation, power, and the camera. The glasses look like a slightly larger pair of regular sunglasses.

Sony has not released many details about the SmartEyeglass concept. It's designed to provide you with helpful information and be out of the way when you're not using it, which sounds a lot like Google Glass to us. There's a developer SDK in the works, too, so developers will have direct access to the code and be able to build apps specifically for SmartEyeglass.

There's not word on when the SDK will be released, though. At this point, SmartEyeglass is still a work in progress. That's fine with us as long as Sony can bring a slick product to that works well and provides some real competition for Glass and others.

Sony isn't just working on SmartEyeglass. They also have an Oculus Rift competitor on display at MWC. The gaming hardware is ready to begin shipping to consumers at a cost of $999.99.

If there is content and games available for it, the Sony head-mounted rig give users access to immersive 3D video and gaming environments. Sony has a motorcycle-racing demo available for testers at MWC. They have released a video demo of their SmartEyeglass concept, which you can check out below.

Sony is one of the few wireless handset manufacturers that still bring a full suite of products to Mobile World Congress. They announced the Xperia Z2 flagship smartphone as well the Xperia Tablet Z2 and mid-range Xperia M2 yesterday.