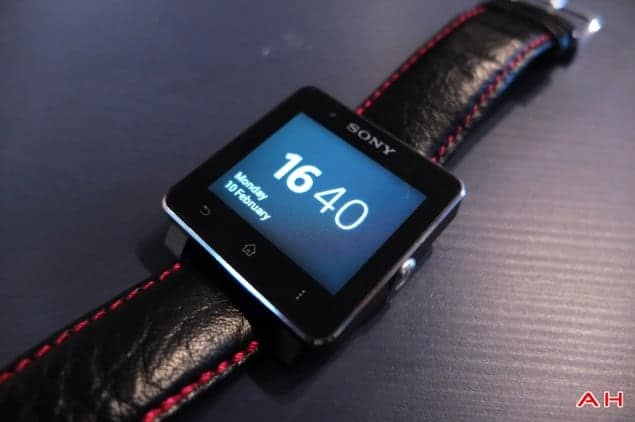 If you own a Sony Smartwatch 2 like our own Tom Dawson and were thinking that one thing it’s missing is turn by turn directions, well then you might be in luck. According to sources that are close to Sony and/or Garmin, the two companies have apparently partnered up and are poised to begin releasing a new app for the smartwatch that provides wearers with navigation right on your wrist. That’s right, you soon might be able to rely on your wrist for navigation, which might be a hell of a lot easier than using your phone while driving and certainly makes for a more logical choice when walking around. Think about it, especially for driving, you could simply wrap the smartwatch around the steering wheel directly ahead of you, which is where your eyes are focused most of the time anyway.

We still have yet to hear anything official from Sony or Garmin, but it’s said that they’re supposed to announce the app at Mobile World Congress this coming week, and the same sources close to the matter of the app are saying that all new Sony Smartwatch 2’s will come pre-installed with the app. The nice thing about the navigation coming from Garmin is everything will be turn by turn, and it should look the same or similar as it would on a full fledged screen using a Garmin app, where as similar features like on the Pebble only allow for written portions of the directions being sent to the watch face instead of full on navigation.

So far there hasn’t been any mention on whether the app will cost users a monthly or one time fee of some sort to use, but we’re hoping that isn’t the case and the app is free. Although a one time small purchase wouldn’t be so bad. Are there any other current Sony Smartwatch 2 owners out there that might be looking forward to having a feature like this on their wrists? I must admit it would be quite nice to have directions while walking through a major downtown area without having to hold anything. Let us know what you think about the app in the comments, and what you like best about your Sony Smartwatch 2.