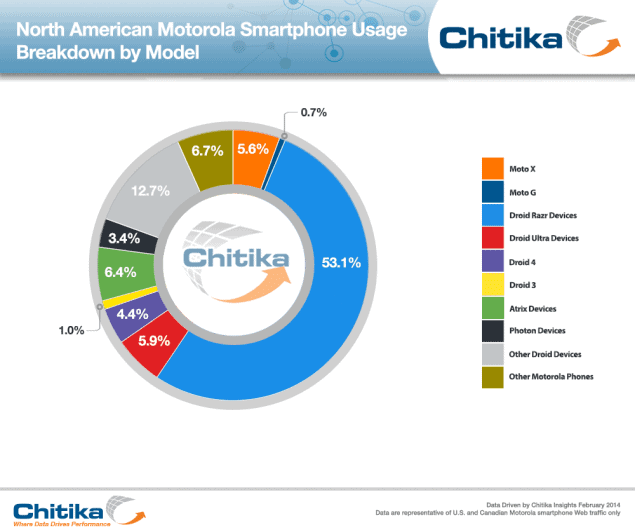 Motorola has been in the news plenty as of late. Some of it good and some of it bad. Most recently though for the sale of the company to Lenovo by Google, and for listings of the Q4 earnings reports showing that they didn't quite make the money they were hoping for. Despite those couple drawbacks, the future could still be promising for Motorola who will be now be led by Lenovo. The past couple devices from Motorola have had some interesting and exciting innovations brought to consumers, and Lenovo wants to take these innovations and really help Motorola shine. Hopefully Lenovo can make this happen, as there are many consumers and Motorola fans that would love to see the company make a huge comeback and once again be a top player. Before they can achieve some of these goals though, to become a heavily competing recognized brand in the U.S. again, they'll have to get past some of their downfalls. These statistics from Chitika show us that Motorola may have to come up with something that is significantly more attractive to hold consumers attention for a longer period of time.

The studies done by Chitika were comprised of millions of different Motorola devices that include both smartphones and tablets, and ranging from devices old and new. The first graph shows a percentage breakdown of the Motorola smartphone usage by listed models, and you can clearly see that Motorola's newest innovations, some of the very same ones that Lenovo is hoping to help Motorola use to turn them into a top brand, are being used less than older devices. The Moto X and the Moto G make up some of the smallest percentages of web traffic usage on the entire graph,(which was done between January 17th 2014, and January 23rd 2014 using online ad impressions within the Chitika ad network) with the Moto X responsible for 5.6% of all North American web usage traffic on a Motorola smartphone. The Moto G did considerably worse, only making up 0.7% of that same web usage traffic.  The largest piece of that pie is held by the collective of Droid Razr devices that are sold exclusively by Verizon, making up 53.1%. None of the Droid Razr models had anything to do with the new technology and ideas we saw come out of Motorola in the last year or two. So becoming a household name that can largely appeal to the masses is going to take some grand ideas and some hard work on the part of Lenovo as well as Motorola to improve their standings.

When we take a look at the tablet graph, we see a slightly different picture, but this is mostly because Motorola has been virtually absent from the tablet marketplace entirely since it's last release, which was between two and three years ago with the 10 and 8 inch Xyboard tablets. Since they haven't produced anything in the way of tablets for over two years, we can chalk this up to one of their weaknesses that they will most certainly have to change up if they expect to gain a strong foothold in the U.S. market like they once did. Especially when you compare them against Samsung and Apple, who both have multiple current tablets out and available for consumers. Lenovo has had success with breathing new life back into other past companies it acquired, like IBM's PC division which now sits as the largest PC manufacturer globally. Even though statistics show that consumers aren't using Motorola's latest and greatest all that often compared to older handsets and tablets, if anyone could revive Motorola to it's once grand stature, Lenovo would be the company to do it. We're hoping that Lenovo can pull off whatever it has planned to not only bring Motorola forward in the rankings, but to also establish itself in the U.S. smartphone space. 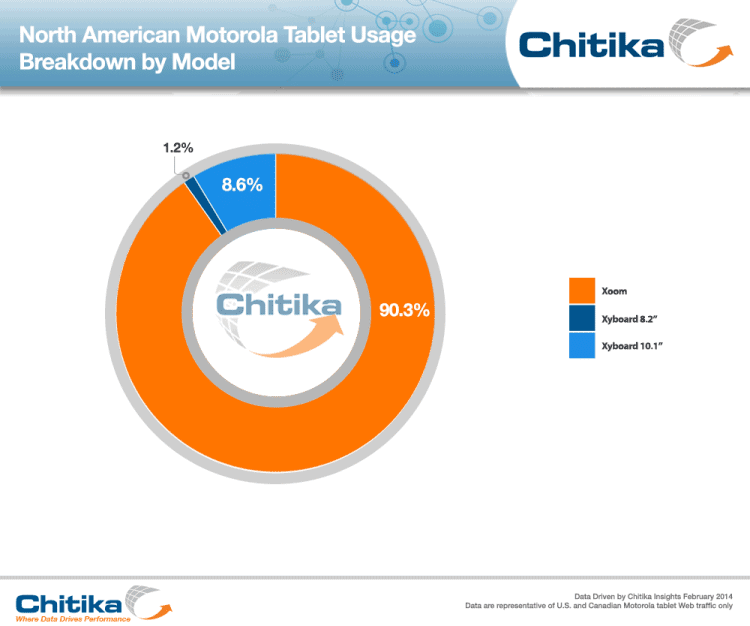