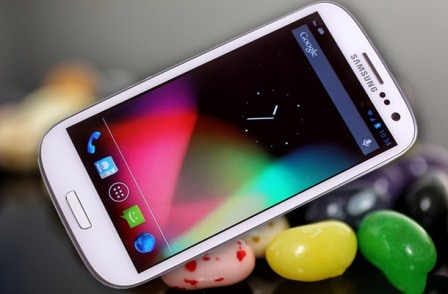 If you've been using Samsung products for any amount of time, you're probably aware that they have their own proprietary apps and app portal. Whether you use them or not is entirely up to you the user. But, it is always good to know when an app or feature or something relevant gets updated. Typically, every time that Samsung releases its latest flagship phone, it gives its user interface a tweak or two. Sometimes users like it and sometimes they don't. The Samsung App Portal tends to get a few changes sometimes and it looks like the app portal has been updated ahead of Monday's Samsung "Unpacked" event. So let us see what Sammy has redone for its loyal followers.

If you haven't disabled the automatic updates for the Samsung App Portal, then it should update on its own. You will have to manually update it if you did disable automatic updates. Once you've gotten through all of the updating process, you should be greeted by a new looking version of Samsung's app portal. It has been cleaned up and made to look a lot like a mix of the UI on the TabPRO, NotePRO and Holo style. I personally think it looks nice. If the devices I just mentioned are to be used as a baseline, then consumers can get a general idea of where Samsung is headed with their design aesthetic. With the possible announcement of the Samsung Galaxy S5 next week, it would make sense that Samsung is trying to get the new look and feel in place little by little before the announcement itself is made.

Samsung has always found a way to impress most Android users. This particular refresh could be one that brings more attention to Samsung's ability to modernize its user interface and create a clean and appealing experience. Of course, the best way to decide if you like something is to try it out yourself, so if you have a Samsung device, give your Samsung App Portal and update and check it out. In the gallery below are some screen shots of the new look. What do you think of it? Do you like it or not? Leave your interesting comments in the section below or on our Facebook, Twitter or G+ pages. Keep it locked to Android Headlines for more news and reviews, especially the MWC headlines coming in the next few days.