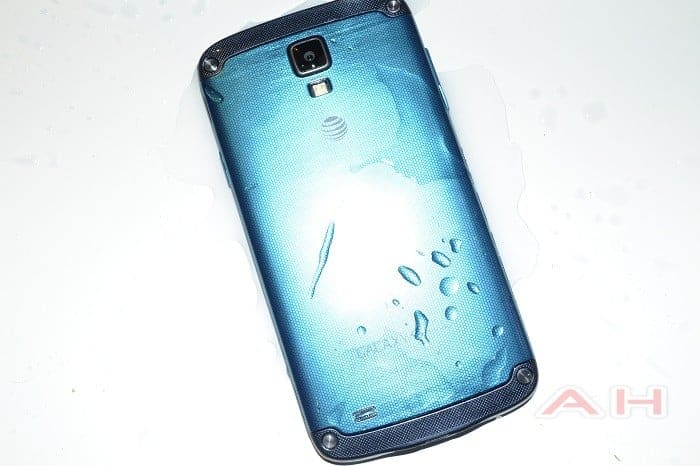 Last year, one of the variants of the Galaxy S4 was the Galaxy S4 Active. Which was said to be a waterproof phone, but it wasn't really all that waterproof. But we had heard as recently as last week, that Samsung was going to make a Galaxy S5 Active. Although we were hoping that would be the flagship and not another variant of the Galaxy S5. Now there's a rumor out of ETNews this morning that Samsung has ordered 5 million waterproof antennas.

It's interesting that they ordered waterproof antennas, the number points to a Galaxy S5 Active, at least in my opinion. Since we all know they will sell at least 5 million Galaxy S5's in the first week, they are going to need to purchase a whole lot more than just 5 million. Samsung has reportedly cancelled their order for LDS antennae and went with IMA antennae instead. Basically LDS antennas are more compact, more fragile, but the IMA are thicker and sturdier, and enable the creation of waterproof devices like the Galaxy S4 Active and the Xperia Z1 Compact. For reference, the antenna in the Galaxy S4 Active is an IMA.

Chinese Manufacturer, Daesan Electronics allegedly succeeded in developing the IMA antenna that is as thick as an LDS one. They are calling it the H-IMA (High performance in-mold antenna), the thickness is 0.15 and 0.2mm. The rumor on the rumor mill is that Samsung may be using Daesan's enhanced IMA antenna in some variants of the Galaxy S5. But it's still unclear as to if it'll be the Galaxy S5, or the Galaxy S5 Active or something else altogether. I'd really like to see the main flagship, the Galaxy S5, be waterproof instead of them releasing a separate one a few months later, like they did in 2013 with the Galaxy S4 Active. Who else agrees with me?