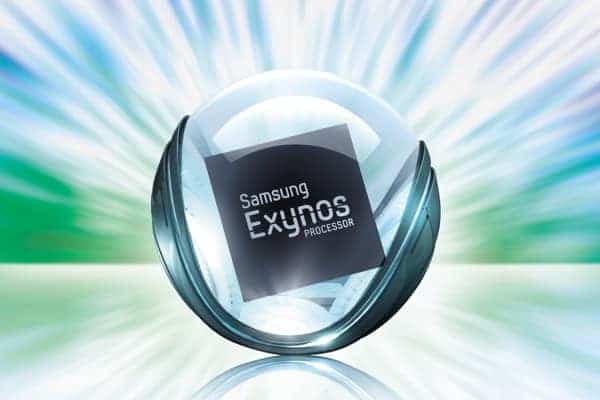 Samsung is easily one of the most successful companies out there nowadays.  They have seem great success ever since embracing the Android OS and going mobile with it.  Their Galaxy lines of phones are easily the most bought Android devices out in the common market today.  They continue to grow in popularity, and with every quarter they are acquiring more and more of the global market share.  With the upcoming patent arrangement with Google coming through in the future, Samsung shows no signs of slowing down.

There is always a dark side, however, and for Samsung it is their application processor (AP) market.  Samsung created their own Exynos processor line in order to avoid dealing with issues like shortages from other suppliers, and in an effort to increase their own profits.  Their main competitor, Qualcomm, has been becoming more and more popular as time goes on, and they are overshadowing the Exynos line, much to Samsung's chagrin.  But there is a light on the horizon, at least according to industry source cited by the South Korean media.  What Samsung supposedly plans to do is to ship more and more Exynos powered tablets throughout 2014 in an effort to expand their client base.  Financially, the Exynos processor has not been doing Samsung any favors.  If you compare Samsung's 2012 financial performance to their 2013 one, you will see that the latter year's profits in the AP department were roughly halved.  This is not a good thing, even for a company as successful as Samsung.  If they were to discontinue their line, then Qualcomm would have it much easier to establish a monopoly-like reign over the AP market, limiting the need for innovation and advancement.  I personally want to see Samsung revive the line and manage to enter into competition with Qualcomm, because as we all know healthy competition, especially in the technology industry, will lead to greater innovation and faster changes in the technological norms.

What do you think?  Does Samsung have a shot here, or should they just roll over and let Qualcomm take over?  Let us know that and any other thoughts down below!