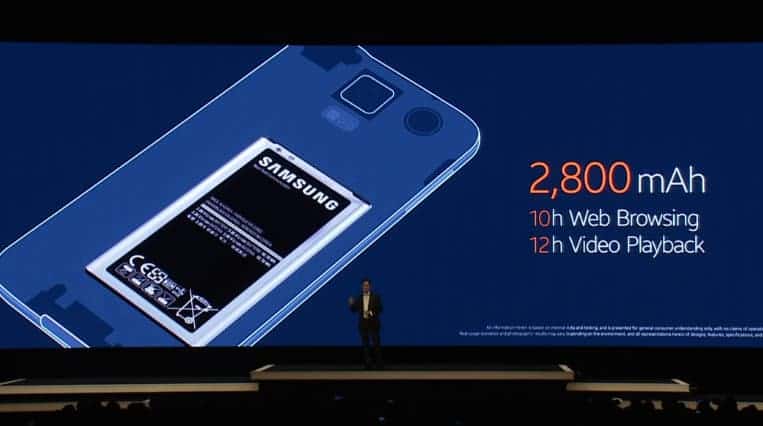 When Samsung announced the Galaxy S5 on stage this week in Barcelona, they unveiled a phone with a whole raft of technological improvements over the Galaxy S4. The camera was improved, there's a new Snapdragon 801 at the heart of the device and it even features a heart rate monitor. With a whole raft of new features, the battery also grew in capacity to 2,800 mAh, but as we all know, a larger battery doesn't always translate into dramatically longer periods away from an outlet. So then, where did Samsung's claims of 10 hours of web browsing and up to 24 hours on idle with just 10% of battery left come from? It turns out Samsung is utilizing technology from a company called Lucid in order to achieve these dizzying results.

Lucid has a trio of kernel-level technologies that Samsung is using in the Galaxy S5, WebExtend, NavExtend and GameExtend. All three of the technologies aim to make use of the Snapdragon 801 at the device's heart much smarter and reduce heat as well. WebExtend can offer as much as 25% better battery life when browsing the web by scaling down the graphics processor when not in use, then bringing it back into use when you start scrolling or interacting with the display. The same sort of thinking is applied to NavExtend, which smartly predicts upcoming events when using navigation software and limits the load on the graphics processor. GameExtend is another big technology at work here and even though details are scant, there's word of up to 50% better battery life when playing games, which is one of the bigger power drains on our devices' thanks to the explosion in mobile gaming.

All of these technologies make up Lucid's Xtend suite that Samsung will be using in the Galaxy S5. The Galaxy S5 might not be the revolution that some have been looking for, but with this extra battery technology and a whole slew of other features, we think Samsung has done a pretty decent job with their latest big thing. What about you guys?