The last few months will be remembered in tech circles for just the sheer number of rumors and “leaks” pertaining to the Samsung Galaxy S5. For the uninitiated, the latest upcoming  iteration in Samsung’s hugely successful, money-spinning Galaxy series of Android phones – the Samsung Galaxy S5 – has appeared in numerous leaks and rumors. The rumor mill has been running like crazy churning out all sorts of news and speculations for the upcoming flagship. It is because of these rumors that we can now say that we have sufficient knowledge regarding the purported specs for the device.

However with every rumor that pops out of the rumor mill, we get to see the addition or removal of certain purported specs of the Galaxy S5. The latest peek comes in from the respectable Eldar Murtazin, who has been pretty accurate in the past regarding the release of Galaxy S4 last year. In a tweet, Murtazin fanned the flames of rumors, especially given his previous credibility his version of the Galaxy S5 spec sheet appears to be more accurate.

If this tweet is accurate, then we are looking forward to the Samsung Galaxy S5 being a beast of a device with a 5.24 inch Super AMOLED display with a QHD 2K resolution (which translates into a 1440 x 2560 pixels resolution). This results in an amazing 560 pixels per inch resolution – one of the highest resolutions available in the market so far. The device would be powered by Samsung’s home-grown Exynos 6 processor while another variant would be powered by the latest Qualcomm Snapdragon 805 processor. Each of these variants would be market dependent – the same as we saw with the Samsung Galaxy S4 last year. Other purported specs indicate a 3 GB RAM, 32 GB or 64 GB of internal storage (with an expandable Micro-SD slot) as well as a whopping 3200 mAh battery pack. 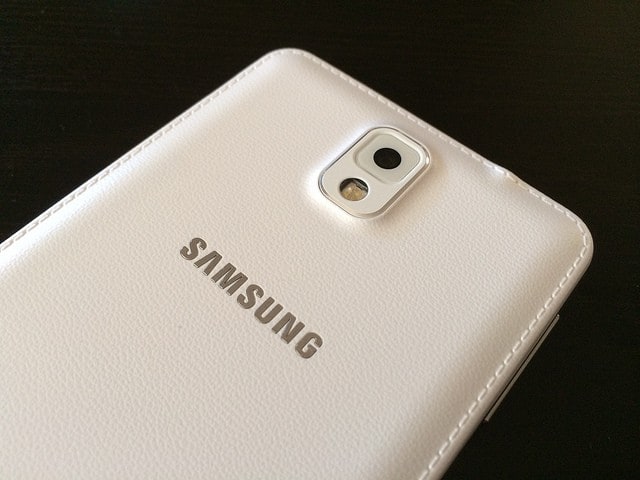 In terms of snapper power, the Samsung Galaxy S5 will be the first device to sport a 16 mega pixels (MP) ISOCELL primary camera and will also sport a 3.2 MP front facing video call camera. Though the tweet does not mention which Android version will be preloaded on the device, we would assume it to be the latest Android iteration – Android 4.4 KitKat – overlaid with some version of Samsung’s TouchWiz UI.

As with all rumors, we would advise you to take this one with a pinch of salt. Do you think this beast of a device would grace us in the form of the Samsung Galaxy S5 or you think this is merely someone’s wishlist. Do let us know in the comments below.