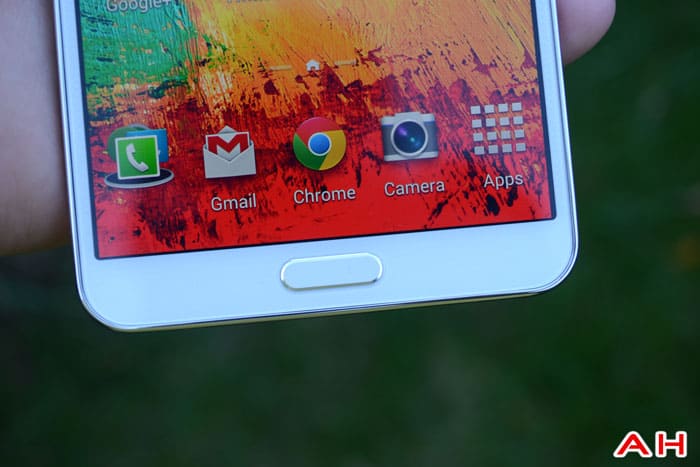 According to Sammobile, it's now confirmed that the Galaxy S5 is going to have a fingerprint reader, like the iPhone 5S has. Sammobile has gone ahead and written a nice lengthy post about how the Fingerprint sensor will work on the Galaxy S5. Basically, Sammobile is confirming that the fingerprint reader will not be built into the display, as some have rumored. But they have implemented it into the home button (gee, where have I heard this before?). Thus, confirming that Samsung is sticking with the physical buttons on the Galaxy S5. The sensor is said to work in a swipe manner, so you you will need to swipe the entire pad with your finger, from base to tip, across the home button for it to register your fingerprint. You'll also need to keep your finger flat against the home key and swipe it in a moderate speed or it won't work right. It's starting to sound like it's more trouble than it's worth.

It's also being said that Samsung has implemented the use of the fingerprint reader throughout the OS. So you can register up to 8 fingerprints and assign them to different tasks, or use it as an app shortcut. However one finger will be used to unlock the device. Samsung has also reportedly created a new Personal Folder and Private Mode where you will be able to hide personal apps, widgets and content you want to keep private. In order to open that personal folder, you'll need to swipe your registered finger over the home button.

Sammobile is also claiming that Samsung is using the fingerprint sensor in a different way than every other OEM out there. That includes Motorola, Apple and HTC. However, it sounds a lot like how Apple has implemented it into the iPhone 5S, when they announced it last fall. Or am I just crazy? We'll have to wait for Unpacked next week to see just how it works, since Sammobile has decided not to post any visuals. Remember to take all of this with a grain of salt as this is still a rumor, even though Sammobile claims they've confirmed it.