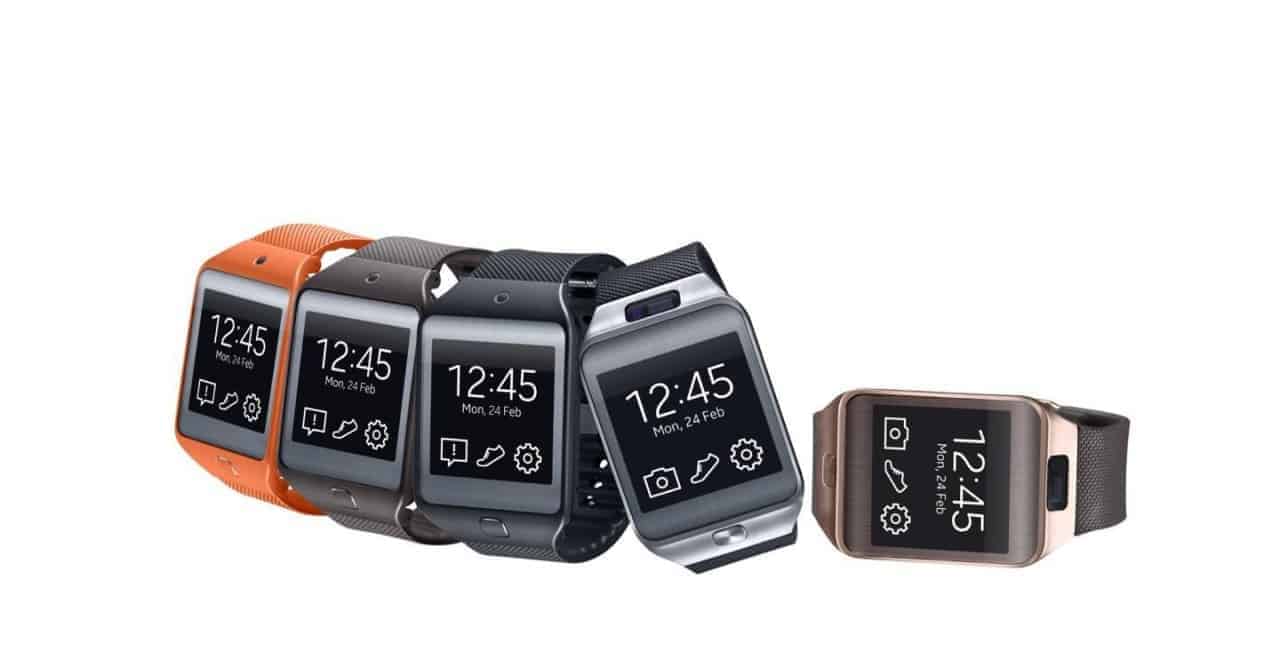 However, Tizen is just part of the changes in the Gear 2 and Gear 2 Neo. The hardware has also been revamped. There is no more camera in the strap, but there is still a camera, in fact it's going to be a bit odd to use. Since it's been moved to the watch itself. Samsung has also added an IR port in there so you can control your TV from your Gear 2. That's not all that surprising, since Samsung did announce their Smart Home initiative in January. And this is obviously a big part of that.

Galaxy Gear 2 is sporting a 1.63-inch 320×320 Super AMOLED display. Along with a single-core 1GHz processor, 512MB of RAM, 4GB of onboard storage and a 300mAh battery. Samsung is touting that it should last  about 2-3 days on "typical" usage. Which is better than the Galaxy Gear, but not by much. It also has a heart rate sensor, pedometer, Exercise, Sleep and Stress apps and a few other goodies. As you'd expect, the Gear 2 also has a ton of Samsung apps pre-installed. But they've also got more that are available like Banjo, BMW, CNN, Conde Nast, Expedia eBay, Evernote, Feedly, GARMIN, Glympse, GM/OnStar, iControl, Line, Path, Paypal, Runtastic, Volkswagon, Weather Channel, and Under Armor.

The only real differences between the Gear 2 Neo and the Gear 2 is the camera. The Gear 2 Neo does not have a camera, while the Gear 2  does have a 2-megapixel auto-focus camera that outputs 1920×1080 resolution pictures. Other than it does all the same features, and has all the same apps. Which is nice. Obviously it'll be a bit cheaper, but at this point we have no details on pricing.

I haven't had the chance to play with either of these Gear's, but I'm certainly hoping that Samsung has fixed everything we complained about with the original Galaxy Gear. That includes the price. If they can get both of these for $250 or less, I think they'll have an even bigger seller on their hands. Oh wait, I forgot this is Samsung we're talking about here. Either way, I definitely hope it's compatible with more devices at launch than the original Galaxy Gear was.