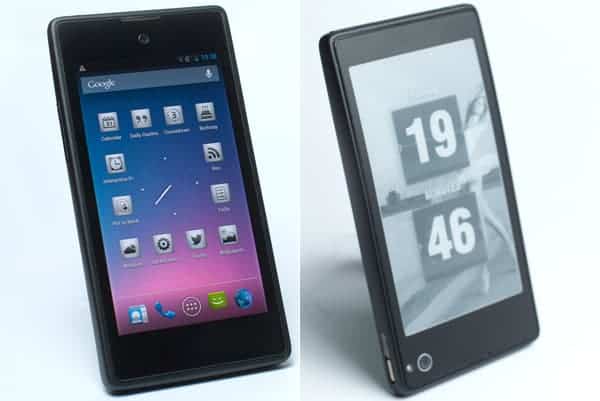 The Yota Phone has barely been out for sale more than a couple months in select parts of Europe, and were already starting to hear information about a new generation of the the Yota device called the YotaPhone 2. For those that are unaware, the YotaPhone was a dual screen device that offered an e-ink display on one side and an LCD display on the other, offering a truly unique experience to the smartphone owner. According to Russian news sources, the YotaPhone 2 is expected to get an unveiling at Mobile World Congress next week. Although it's likely it will be sometime before we actually see it hit the market for consumer purchase, at least we might be getting an early look at what we can expect once it actually launches. The original YotaPhone is a little light on specs when compared to some of the other current devices that are out there, so this time around hopefully we'll see something a little more updated. In doing so, it would make the next gen Yota phone a little more worth the price if it falls around the same cost as the current offering.

There isn't much in the way of details on the next generation YotaPhone as of yet since there hasn't been any official word from the phones manufacturer. The source that tipped off the next gen phone being shown off at MWC did happen to mention that this next phone would be an improvement on all fronts. Last years YotaPhone has a dual-core Snapdragon S4 CPU, with 2GB of RAM to boot and 32GB of internal space. If the next device is to be an improvement, then maybe we can expect to see a quad-core or even an octa-core chip in the device, and maybe a bump up in RAM to 3GB, although 2GB would still more than likely be enough. Suggestions from Yota Devices chief were that we should expect to see an end of year launch for the YotaPhone 2 just like with the original, which makes the wait for those who might be interested in the next generation of this peculiar device a little long. Hopefully the sources are correct and we get to see this new device shown off at the show in just a few days time.