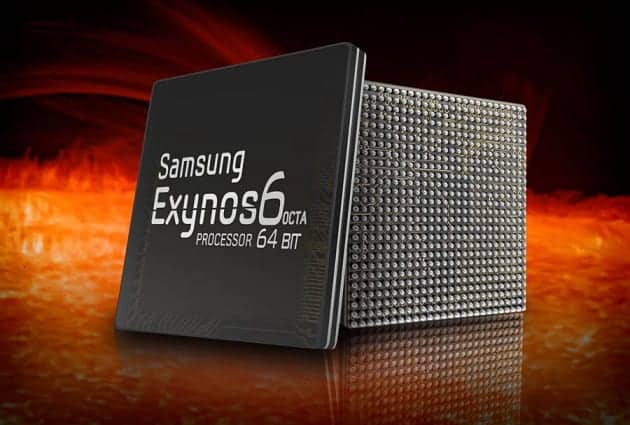 Ever since Apple launched its 64-bit A7 chip in the iPhone 5S the rest of the manufacturers have had mixed emotions – Qualcomm called it a marketing gimmick and Samsung immediately started to get their own 64-bit chip ready to combat Apple.  To some extent in the iPhone 5S with only 1GB of RAM it is a marketing gimmick until the next iPhone can really take advantage of all the features and benefits that 64-bit has to offer…but the gimmick worked.

A year ago with very little fanfare, Google announced that Android, a Linux-based operating system, currently supported 64-bit processing, but after Apple's announcement people stood up and took notice when Android 4.4 KitKat was released and once again it was purported to support 64-bit.  Android users are now wondering when we will see a 64-bit processor in our smartphones.

Certainly, the first 64-bit Android device will come from Samsung who also happens to be a chipmaker – there are reports that Samsung already has their 64-bit SoC finished and early reports said it might even make it into the Galaxy S5 that will be announced at MWC on February 24.  Chances of that happening are slim at this point, but we now have public confirmation of evidence that Samsung is indeed testing their 64-bit chip SoC.

According to our sources, IT Blogger Chocoberry just dug out some information (see picture below) on a quad-core SoC called "GH7," with ARMv8-A 64-bit architecture.  The GH7 seems to be implementing ARMv8 ISA, however, it cannot be determined if chip is Samsung's own custom microarchitecture or is using Cortex-A57 cores.  The Apple A7 chips use ARMv8-A instructions, but it has its own core/microarchitecture, called "Cyclone."  Since we do not know how the GH7 works so the details are light, however, this is the first public evidence that Samsung does indeed have the 64-bit SoC and hopefully we hear more about in the near future – and better yet, see it in a Samsung device.

With Samsung's resources it is amazing that it has taken them so long to produce a 64-bit chip to use in their own devices. They have the money, the man-power, and the manufacturing facilities to make this happen. I know that I am looking forward to a 64-bit smartphone with 4GB of RAM – that baby should fly. Please let us know on our Google+ Page what your thoughts are for a 64-bit Android device. 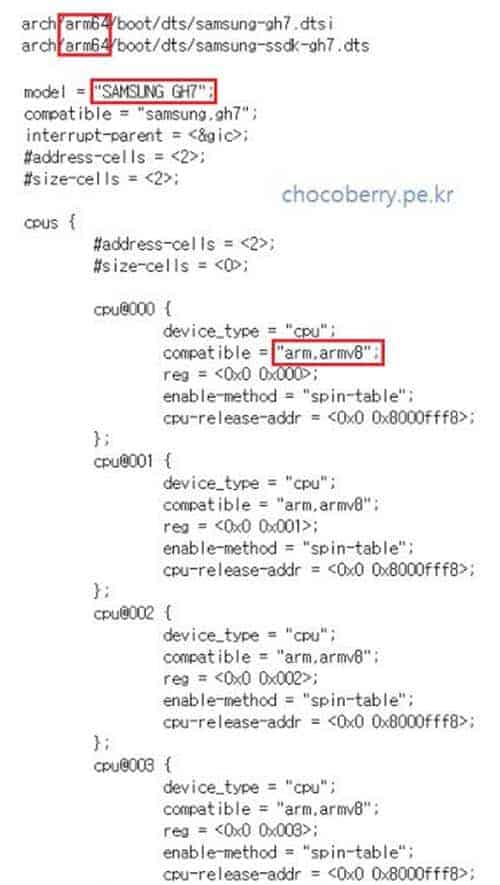