Over the last couple year's smart watches have gained momentum in the mobile industry. Everybody who's anybody, and even those who are nobody's are releasing smart watches; and for the most part, their first attempts have been less than spectacular. Such is the case with OKO International's first Android SmartWatchTM, released in early December 2013. Initially, I was very excited about this watch. I figured any attempts made by an actual high-end watch company would result in a similarly high-end smart watch. The high-definition pictures and introductory videos teased my interest, giving me higher expectations of the intelligent timepiece. Those expectations however came up a bit short.

As a techie woman, I have come accustomed to the design of wearable technology being geared more towards men. The fact that the Android SmartWatchTM is big and bulky definitely was an immediate deterrent for me, however a male friend of mine said he thought the look was classy. Although the strap is made of genuine leather it feels cheap next to the plastic face, which is about three-fourths the width of my Nexus 4 and almost twice as thick. Although the screen is made of tough crystal glass, the plastic exterior cheapens the look. Given the fact that smart watches are still in its infancy and many companies have had similar first, and even second outcomes, I am hard pressed to fault OKO for its design. While it does not attract me, those who prefer a more timeless look are sure to have varying opinions.

As a touch-sensitive device, it can often be cumbersome to navigate through the different widgets. I have found this is common to other touch-enabled smart watches as well however, such as the Sony SmartWatch. There is a bit of a learning curve to be able to efficiently navigate the screen. Unlike the Sony, the Android is very straight forward and requires only a simple swipe to the left/right in order to reach different screens. As far as navigating within a widget, the sensitivity seems to be a bit off. Time and date do not seem to sync up properly so the only option is manual entry – which is a pain in the butt to say it nicely.

The display is very simple and crisp. Once again, whistles and bells do not take the forefront and overshadow the important features. The most brilliant display feature would have to be the implementation of a timeless watch display. A beautiful analog clock not only reflects the time with its hour and minute hands, but it also displays the clicks of a minute repeater, which chimes the time down to the minute using separate distinct tones. This feature is typical horology, and is from what I can tell, unique to OKO's design. All in all, I would say the watch is the perfect assistive technology for visually impaired persons. If you do not like the minute repeater, there are two other options to choose from: a gorgeous tourbillon clock and the standard digital display, which is not nearly as pretty as the other two. 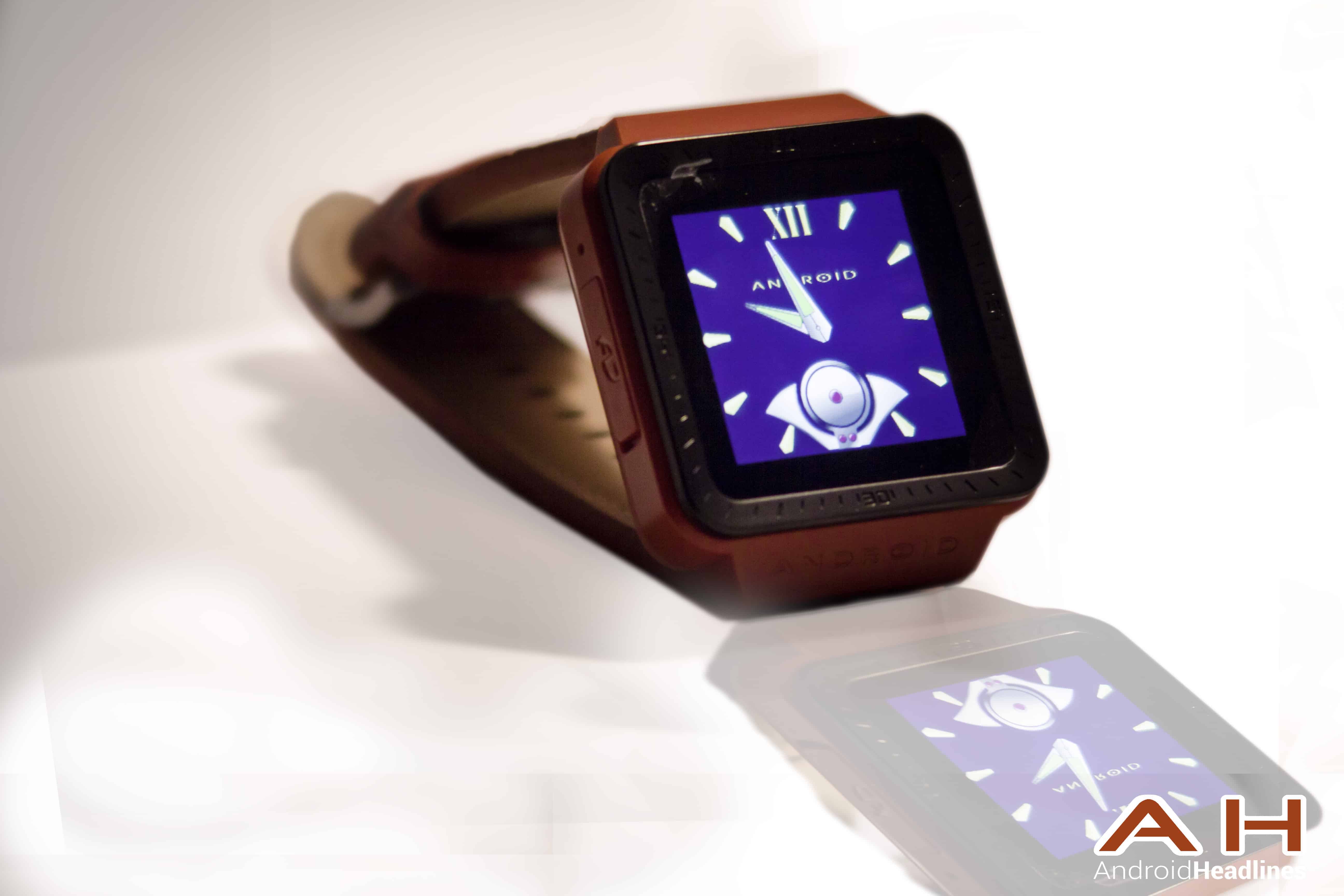 As far as functionality goes, the Android SmartWatchTM works just as intended. Its basic features are perfect for the person who does not need all the bells and whistles offered by some of its competitors. By installing the Android Smartwatch app in the Play Store, users can program their watch to sync with incoming text messages and to allow calling out from the included phone book widget. Notifications come through the watch as an intense vibration and lovely ding. The application indicates that the phone syncs with Gmail and calendar updates as well, however there does not seem to be a watch widget associated with that functionality. I have noticed however that the watch notifies me with a single ping whenever I have a notification on Android. It even pings when I use Google Now.

The Play Store version of the application is not compatible with my Android 4.4 Nexus 4 so I had to request a copy of the APK in order to get the full experience of the watch. The Play Store does not specify what Android versions are compatible with the app, and there is no "help," "about" or "settings" options available within the app. Without the Android application users can still enjoy the other installed widgets on the device including an alarm, pedometer, calculator, chronograph, music control, world clock, and voice memo. It is also possible to call out through the call logs widget without having the application installed.

The best feature about this watch is surely its ability to turn the wearer into an international spy. When I am wearing it I feel an intense desire to introduce myself in the following clich© way: "The name is Samantha, Samantha Hawthorne," and then turn away and whisper something to my wrist. In case you have not guessed by now, the smart watch has the ability to take and receive calls without ever removing your phone from your pocket. The hard buttons located on the side of the watch allow you to adjust the volume and end the call. Both are also possible through the watch touch screen. Unlike my Nexus 4, the speaker and microphone on the watch produces vibrant quality calls, with no interference. Although you are basically using your watch as a speakerphone, call quality is as seamless as using a headset.

The smart watch battery is in line with similar devices on the market today. On standby and without a lot of use aside from notifications, it lasts about 4-6 days without a recharge. On the contrary however, the Android application is a huge battery drainer. On a full battery, my Nexus 4 lasted to 29 percent in less than five hours, the main culprit being the Android Smartwatch app. It consumed 51 percent of my battery with the app running in the background.

After briefly expressing my concerns from a women's perspective to the watch designer, he hinted to a new smart watch design in the making. Although he would not spill much, he did say a new Android SmartWatch would be released towards the end of 2014. While the company's first watch left much to be desired, I still believe that having a watch designer with almost 25 years of experience in designing timepieces will ultimately leave the Android community with a beautiful device. Here's hoping that the next version will be designed in a way that is attractive to both men and woman alike, while still sporting a timeless charm and 21st technology.

The current watch design is listed on sale for $199 but retails at $400. There are six different color designs to choose from.