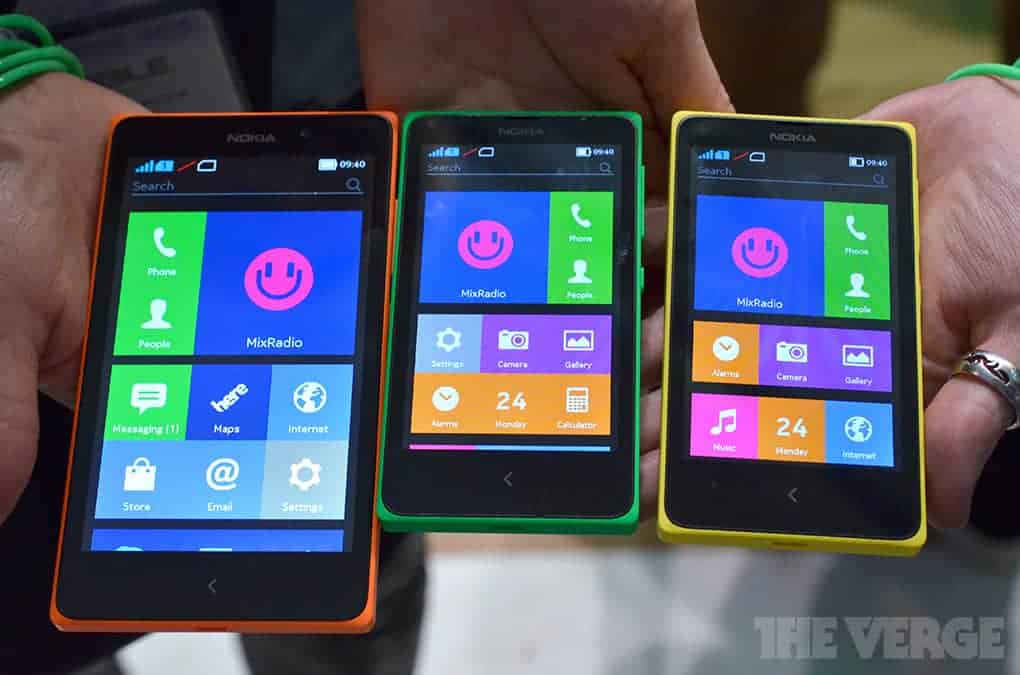 Nokia announced something rather interesting today at the Mobile World Congress in that they will be making three low-cost smartphones that will be running off modified versions of Android.  Even though Microsoft is still buying them, Nokia still opted to hop on the Android bandwagon in hopes that they might stay competitive in sales.  The phones, called the Nokia X, X+. and XL, will be geared towards the budget phone market, with the lowest of the three, presumably the Nokia X, will be priced at 89â‚¬, which equates to about $120.  Nokia is forking Android in a manner similar to that which Amazon did with their Kindle tablets, taking only the open-source parts of Android while leaving the Google Apps behind.  Yes, you read that right… Nokia will be making their own app store for this phone.  Nokia has stated that Android apps will only need to be mildly changed in order to run on their app store, so the interesting thing to see is if developers will bite and take the time to do so.

The Nokia X has a four-inch inch WVGA display with minimal internals, such as 4GB of internal storage and 512MB of RAM, but Nokia is going to include microSD support for this phone to compensate.  It also has dual SIM support, and only differs from the look of the Lumia 520 in the lack of the three Windows Phone capacitive buttons and a mild camera change (3MP instead of the Lumia 520's 5MP).  The X+ only differs from the X with increased storage and memory.  The Nokia XL features a larger five-inch screen, appropriately, and a 5MP primary camera and a 2MP secondary shooter.  The phones' UI looks to be very interested, with it running a mix between Android and Windows tile interface.  There is no app drawer, and the tile sizes are alterable.  The tiles are not live in the manner that the Windows Phone was, nor are they as active as Android widgets, but they will not just be stagnant.

These phones are based off Android 4.1.2 Jelly Bean, which does not bode well for the performance of the device.  Apps will run slower and the phone will experience lag simply due to the internals of the phone clashing with the OS that Nokia chose to use.  Android 4.4 KitKat was specifically designed to be able to run on lower end devices, and it uses 16% less memory than 4.1.2.  It will be very interesting to see just how the devices handle out in the markets, given this natural disadvantage.  These phones will not be released in North America, Japan, Korea, or Western Europe, which tell us that they are making this phone specifically to appeal to  more developing countries, or countries with a larger market for budget phones.  This sales strategy might just pay off if enough people bite, given how low the cost of the device really is.  Do you have any thoughts on this?  Let us know down below!