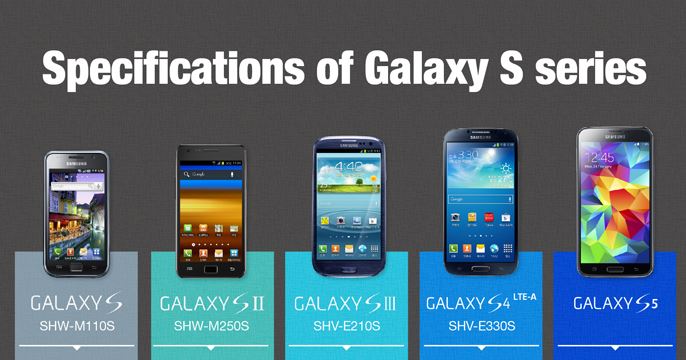 With all of the fuss over the Galaxy S5, it appears Samsung thought it would be a good idea to compare its newest flagship to the previous devices in the Galaxy S series. Of course, the Galaxy S5 will (hopefully) be an improvements over the devices that came before it have been made, so there shouldn't be any surprises in that regard. That being said, it's always interesting to see how devices in a certain line evolve over time, and we're pretty sure it's been scientifically proven that the best way to do this is with an infographic.

The Samsung-made infographic you see below (click the thumbnail to see the full image) compares select specifications of the Galaxy S5 to the other four devices that came before it. The infographic makes it clear that Samsung took incremental steps up with each new generation, but to get an idea of how the Galaxy S line has changed over time, you need only compare the specs of the Galaxy S5 to those of the original Galaxy S. For instance, with the Galaxy S, users had a 4-inch Super AMOLED screen. Large enough for its time, but these days screen size has inflated to 5.1-inches with full HD resolution. Interestingly enough, Samsung has stuck with Super AMOLED panels the entire time, making that one aspect of the Galaxy S that hasn't changed much throughout the years.

Camera quality has also taken up a jump since the original entry in the Galaxy S series, going from 5MP at first to 16MP in the Galaxy S5. While a phone with a 1GHz single-core CPU got the Galaxy S line rolling, the latest entry is apparently being run by both quad-core and octa-core chips. A more powerful phone naturally means a more powerful battery, and even though the Galaxy S was able to get by with a 1,500 mAh battery, the Galaxy S5 requires one that clocks in at 2,800 mAh. The catch here is that a boost in battery capacity may not necessarily translate to a boost in battery life, as more advanced components require more juice to function.

In the end, this is nothing all that shocking if you follow smartphones and know how they've evolved over the years. Keep in mind, however, that the original Galaxy S launched in 2010, so this is only a span of four years we're covering in this infographic. With that in mind, the jump in component quality and power becomes a little more impressive. The Galaxy S5 is set to launch worldwide in April, but at the moment, Samsung hasn't mentioned anything about the price. We'll send those details your way once we know more, so keep it here at Android Headlines. 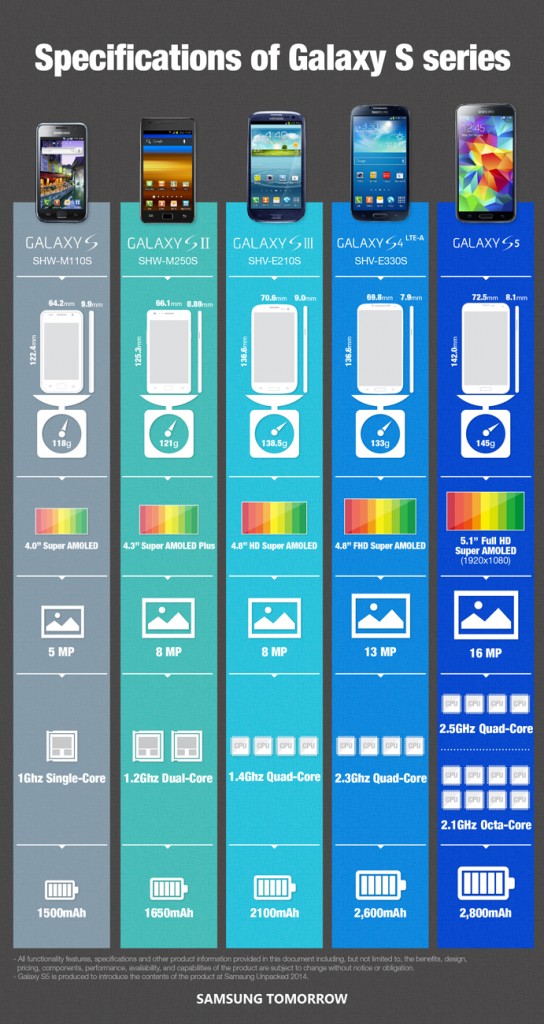