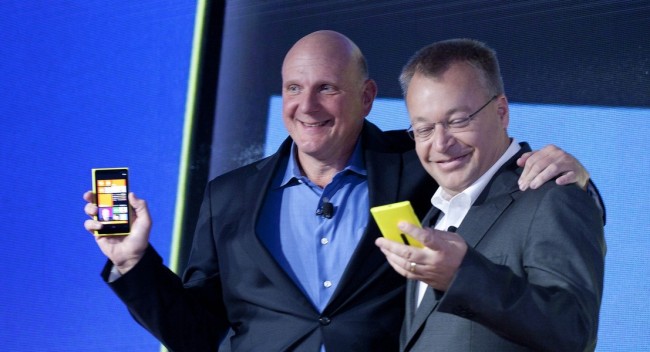 If you haven't noticed, there's been a lot of interesting buzz lately about the possibility of Microsoft trying to make themselves more revenue and be more relevant with customers by allowing Android apps in their market place. Or more like opening up their developers to develop Android apps and slide them into the Windows Phone store after they have been vetted. As much as we like to see good competition, I would honestly think this is not a good idea for Microsoft to attempt to execute. It's a horrible idea in the long run. Now, you may wonder why I would say it is a bad idea. The principle is simple, but in order for me to take both sides of the this argument equally I will need to discuss the positives and the negatives of the idea to let it show why I think ultimately the idea won't work. So let's get started.

So, let us start with the positives. I can see why Microsoft might consider this option. If you see how hard their app development situation has been the past couple of years, then you undoubtedly know how much of a rough road they have been on as of late. It took the platform forever to convince the likes of Instagram to join their ranks and develop for Windows Phone. Most of that had to do with the fact that the platform had the technology for the app but didn't have the user base or commitment to drive app downloads. Opening the door for Android apps to be on the platform would give users and customers less of a reason to say that Windows Phone is missing what it needs to compete in the app space. It would also allow Microsoft to see developers who don't want to get involved with the Windows Phone 8 design language jump on the bandwagon and push their Android apps over to the Windows Phone Store. Now, I"m sure plenty of you are cheering that you're going to see Windows Phone get a lot of great apps right? Not exactly.

Here is my side of the equation where I truly say that Microsoft should stay completely OUT of the Android App race. They should NOT bring Android Apps into their app store. Want to know why? Well, first of all Android has its specific strengths and weaknesses. Android has features that make it unique to itself such as its widgets and design language that lends itself to being easy to program for. Likewise Microsoft's Windows Phone 8 has strengths specific to its platform as well. It makes beautiful apps designed with its modern style tile based UI. The apps are sometimes not quite on the same level as Android well established apps are, but when they shine they shine bright. Because of Microsoft's app vetting system, their apps tend to be pretty stable and Windows Phones memory management that it has to control the apps in use so that the phone runs smooth is pretty impressive. But here's the problem, if you try and blend Android into Windows Phone you're going to lose the thing that makes Windows Phone unique. It's look, it's feel, its exclusivity. Not only that, but developer would no longer develop in the native language to Windows Phone because it's not as easy as developing for Android. Android developers porting would be frustrated by Microsoft's App developer policies that make it hard to get your app published without going through all the hoops. Lastly, consumers who don't like the Windows Phone apps would simply switch to the Android versions of the same apps thus making the developers making the Windows Phones app developers no longer desire to develop for the platform if the users no longer wish to use their apps.

So, in my honest opinion, I believe that Microsoft should hold steady and let Google and its league of developers do Google. Jumping into the Android app space could spell disaster. What do you think? Are you for Microsoft letting Android apps in their app store? Do you think Microsoft would kill their platform if they did let the Android apps in? Share your interesting comments in the section below or on our Android Headlines Facebook, Google Plus or Twitter feed. Keep it locked to Android Headlines for more news and reviews.