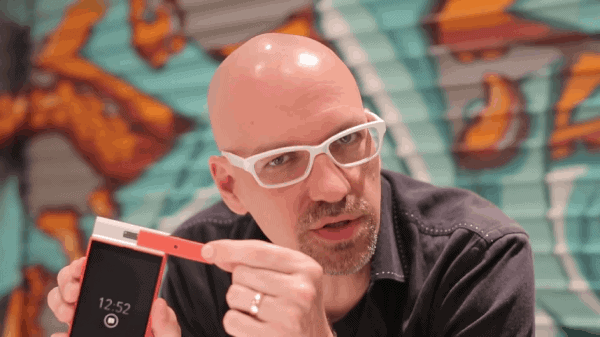 With all the news surrounding Project Ara lately, it's interesting to find out new information and details about where the project is going and what we might be able to expect from it once it nears completion. We shouldn't forget where it came from tough, and thanks to a video posted up by Phoneblocks, we get a look into some of the beginnings of Project Ara and how it has formed into what it might be today. The video is fairly short and is only a brief glimpse into how the project started, from the early stages of the idea to some of the progress they made and how they implemented it, as well as what might have spurred further development and more ideas.

In the video they talk about Project Ara itself, and there are some bits in there about 3D printing as it had something to do with where Ara is now. For those that aren't too familiar with Project Ara or what it is and should provide, the basic idea behind Project Ara is to give users the capability for almost full phone customization, from the look and feel, right down to the components that make up the hardware. In short, with Project Ara you could basically give your phone the type of processor you want, the amount of RAM and storage you're looking for, and customize the phones design as well as what kind of screen and cameras it would have. In theory it sounds like a wonderful idea and would give users the chance to truly customize their next device with what they feel would be the most important for them in terms of specs.

Further developments with Project Ara are abound as Google plans to hold a Project Ara developers conference for two days on April 15th and 16th. The conference is being held in Mountain View and should end up producing some awesome results. The word is that Google's plan is to sell the base of Project Ara devices for a mere $50, and then it sounds like additional upgrades or different hardware components cost extra and the cost would depend on what components consumers choose. We're always excited about new things surrounding Android, so we can't wait for the middle of April to get here. http://youtu.be/zG_uwDqLsZY