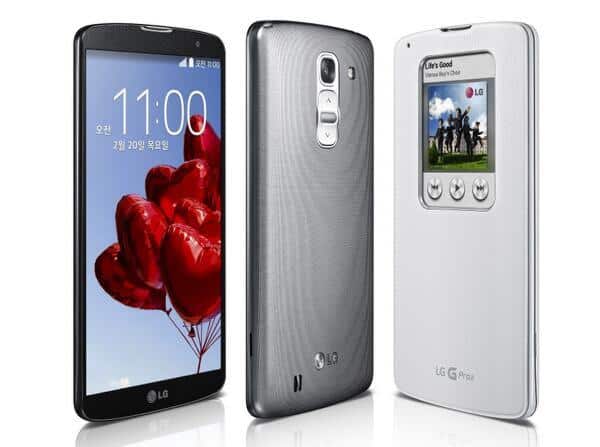 Just yesterday, LG announced the hotly-anticipated G Pro 2, which packs in all of the specs we've come to expect along with a large screen to keep phablet fans happy. Of course, the device was only announced for Korea, and that the device is headed to LG's home nation towards the end of February. What about the rest of the world though? What about here in the States? When will LG be releasing their latest large-screen device here? All of these are good questions and while there's no official stance from LG – the device is, as of right now, a Korean-only announced product – it looks like we might not be seeing the G Pro 2 here in the West until late Spring.

Cho Sung Ha, head of sales for Korea at LG, has said that the G Pro 2 will be released in Korea towards the end of February. Meanwhile, other parts of Asia – where phablets are very popular – will be getting the device sometime in March or so. As for us here in the West, we won't be seeing the G Pro 2 any time before April, according to high-ranking officials at LG. We can't say we're all that surprised, after all there's no real cause for phablets here in the West, at least when compared to the demand for them in Asia. As such, it's unsurprising that LG will want to focus on their bigger markets before rolling out to others.

The G Pro 2 has been announced as a great device, and certainly looks the part for those looking at getting their hands on a large-screened device with some added features and beefy processing power. Still, if LG is looking to compete with Samsung's Galaxy Note 3 over here in the US, they will have to step up their game. Releasing it on just AT&T won't cut it this time and they need to take the same sort of approach they did with the G2, and invest in some serious marketing. What do you think LG need to do to make the G Pro 2 a success in the US?