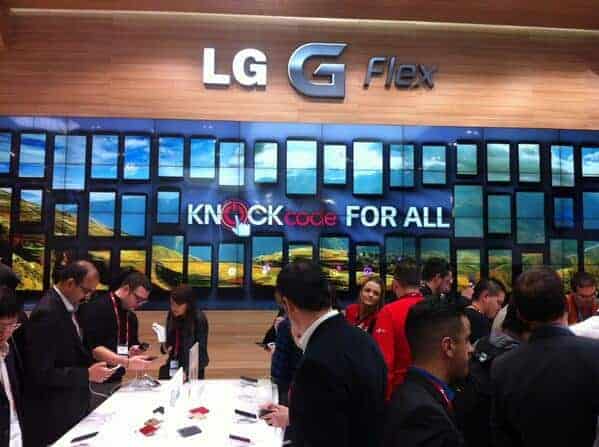 Back with the LG G2 last fall, we were introduced to Knock-On, which LG has improved on the LG G Pro 2 and it's now called Knock-code. It basically allows you to go ahead and tap on your phone in a pattern to unlock your phone. It's a pretty cool feature, but will everyone want to use it?

Starting in Q3 2013, Huawei became the third-largest smartphone maker. Which is crazy since they are mostly only available in Asia. Although they do have a few devices on prepaid carriers here in the US. You may be asking what this has to do with LG. Well, that spot used to belong to LG. So LG is looking to fight back this year and get their spot back. LG is planning on fighting back in the high-end, mid-range, and low-end markets as well. Which we've seen phones in all three categories announced at Mobile World Congress this week.

ETNews is reporting that LG's managing director stated that there are "no differentiating functions" in low to medium-priced smartphones at the moment, so LG will be bringing "value" to its handsets in this segment by adding Knock Code feature. Knock Code is available on even the very basic smartphones that they announced this week. Which include the LG Optimus L40 with it's 3.5-inch display. "We will become global number three with differentiated values, such as sales, quantity, and brand value (supported by comprehensive factors)," stated LG's president Park Jong-Seok.

It's also being reported that LG considers themselves ahead of Huawei when it comes to smartphone quality. I'd agree with them, but I'm also using the G2 as my daily driver right now, so I might be a bit biased here. Huawei is stated as selling 50.4 million smartphones in 2013, with LG having sold 47.6 million units. Let's see what LG has in store for us in 2014 with their smartphone portfolio. Hopefully they'll release a nice looking 10-inch tablet as well.