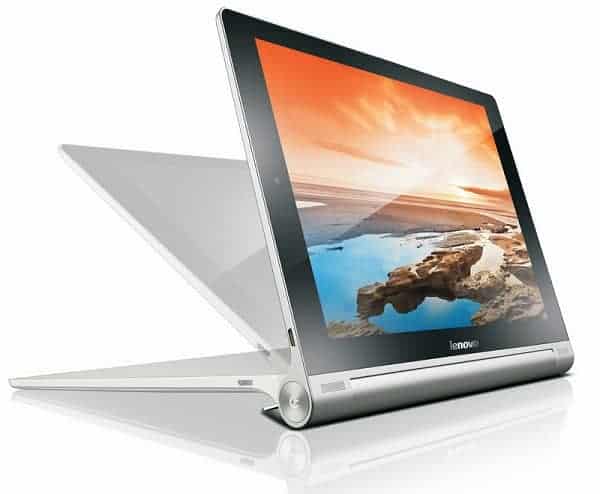 Last year, Lenovo announced the Yoga 8 and 10 which were great tablets. I loved reviewing both of them, and they had amazing battery life. Lenovo is back, building on that Yoga with the new Yoga 10 HD+. Which brings a 10-inch 1920×1200 resolution "20/20 Vision" display. Which is a pretty dramatic change over the original. Lenovo is stating the display will adjust images and test on-screen to best fit the current lighting for an optimal viewing experience.

The Yoga 10 HD+ is also running on a Snapdragon 400 processor, which is a quad-core 1.2GHz SoC. It also has USB OTG, and an optional keyboard accessory. The camera on the Yoga 10 HD+ is an 8MP rear-facing shooter. The Yoga 10 HD_ is also running on Android 4.3 Jelly Bean, and has the option of either 16GB or 32GB of internal storage. It also has a microSD card slot which can support up to 64GB of additional storage. Similar to the Yoga 8 and Yoga 10, Lenovo has added dual front-facing speakers with Dolby Audio. It also supports WiFi 802.11 b/g/n, 3G in select countries, and Bluetooth 4.0. It has a 9000mAh battery inside, which Lenovo rates as 18 hours of battery life. And I'd be willing to believe that as the Yoga 8 and 10 both had amazing battery life with smaller batteries. It weighs in at just 615 grams, and the dimensions are 10.28 x 7.09 x .12-.32 inches. Of course the end where the stand is, is going to be thicker.

As far as pricing and availability go, we don't have any information on when it's coming, or where it's going. Also pricing hasn't been announced but I'd suspect it to be around $300-400, which is similar to the pricing of the Yoga 10 HD+. As soon as we learn more, we'll be sure to let everyone know. But these tablets look really great! I'd love to pick one up, especially if we don't get a new Nexus 10. 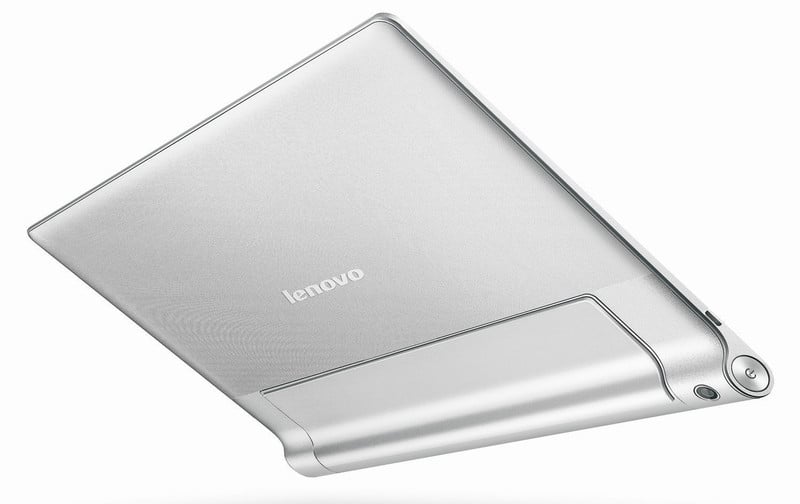