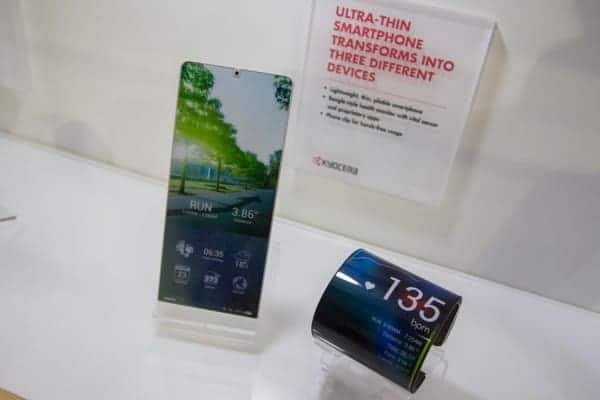 With all the talk about the S5 and the new Xperia Z2 from Sony, it was easy to forget about the little guy. Smaller less popular manufacturers were at MWC too, and they brought some interesting designs, accessories and prototypes to the show that shouldn’t be overlooked. If anything, they should garner attention for the sheer fact that we could see some of this stuff in the future from other brands, but also cause some of it was kind of cool. One such device that popped up in particular was this Flexible phone being shown off by Kyocera. It’s made up of a flexible display which we have heard plenty about already with other brands, namely Samsung. This flexible phone isn’t just meant to have a flexible display though, it’s main attraction might easily be the fact that it can be worn like a bracelet.

As shown by the tiny little sign next to the display of the phone, you can see plainly that it’s stated the phone acts as three different devices. It’s first and foremost a smartphone, but it can also be used as an activity tracker/smartwatch with health centric features, and a phone clip for hands free usage. This isn’t the first we’ve seen of concepts like this one, but it’s great to see multiple companies looking into technology like this as we move into the future of mobile devices. Smartphones like this concept from Kyocera might never see the light of day, but at least they’re thinking outside the box. Samsung and LG have also dipped their toes into the realm of flexible displays, and we should start to devices brandishing them by the end of the year.

Alongside the Flexible smartphone bracelet, Kyocera was also showing off a couple of their own smartwatch concepts, and what looks like a super futuristic Bluetooth headset. The futuristic wearable is not toting itself as anything specifically, but it connects to multiple devices and transmits audio, and has health monitor features as well. So it looks like it could end up doing more than a few things if it ever releases. Are these the weirdest concepts that were at the event this week? Most likely not. They sure look different though. 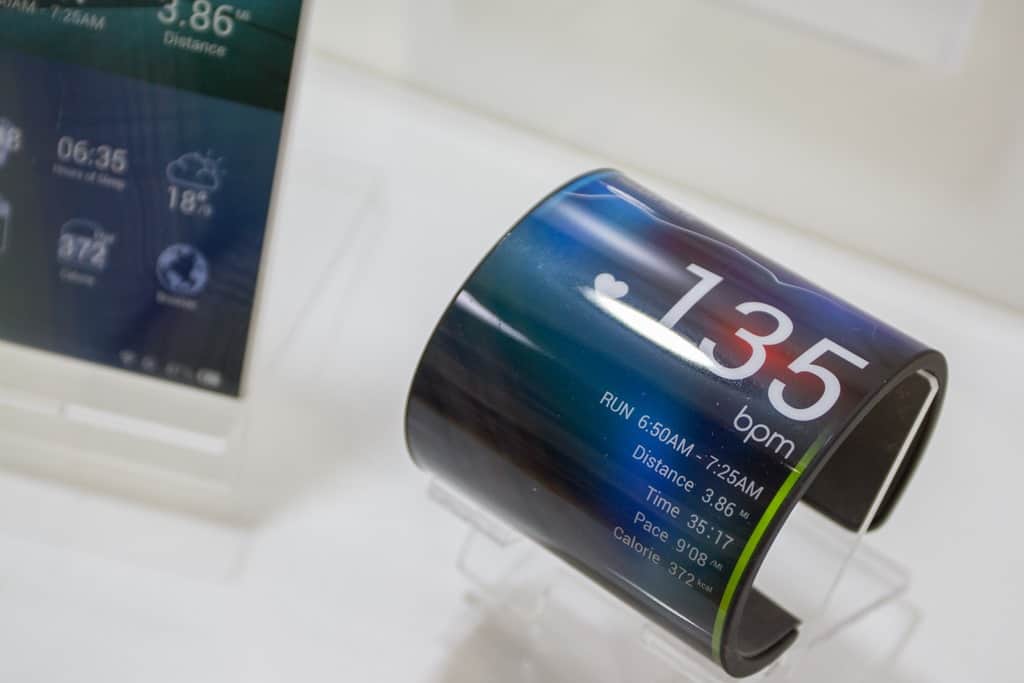 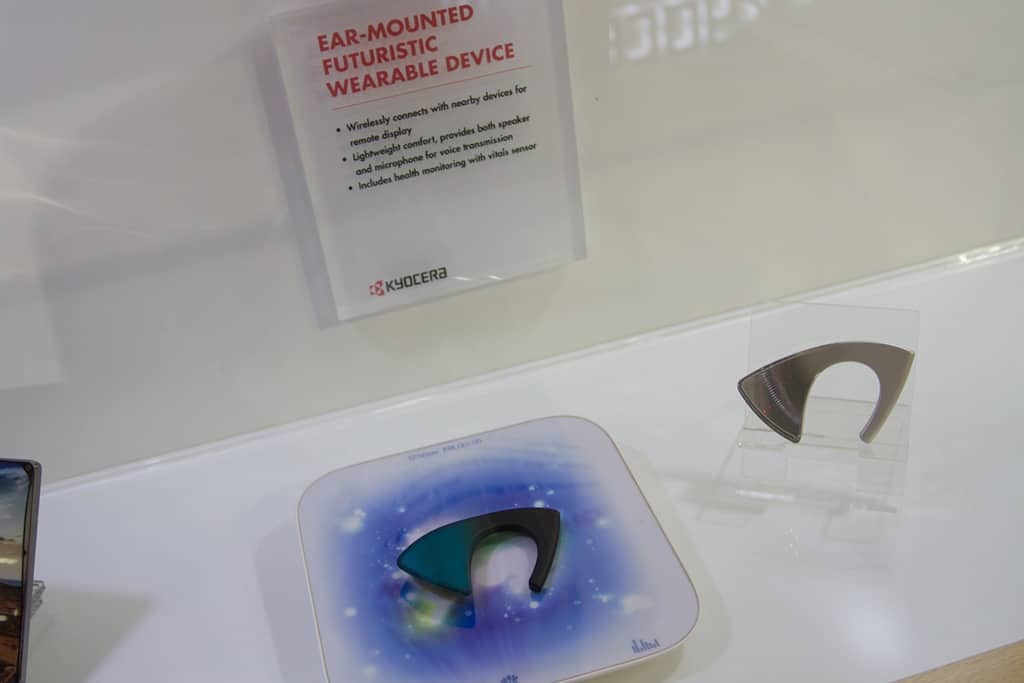 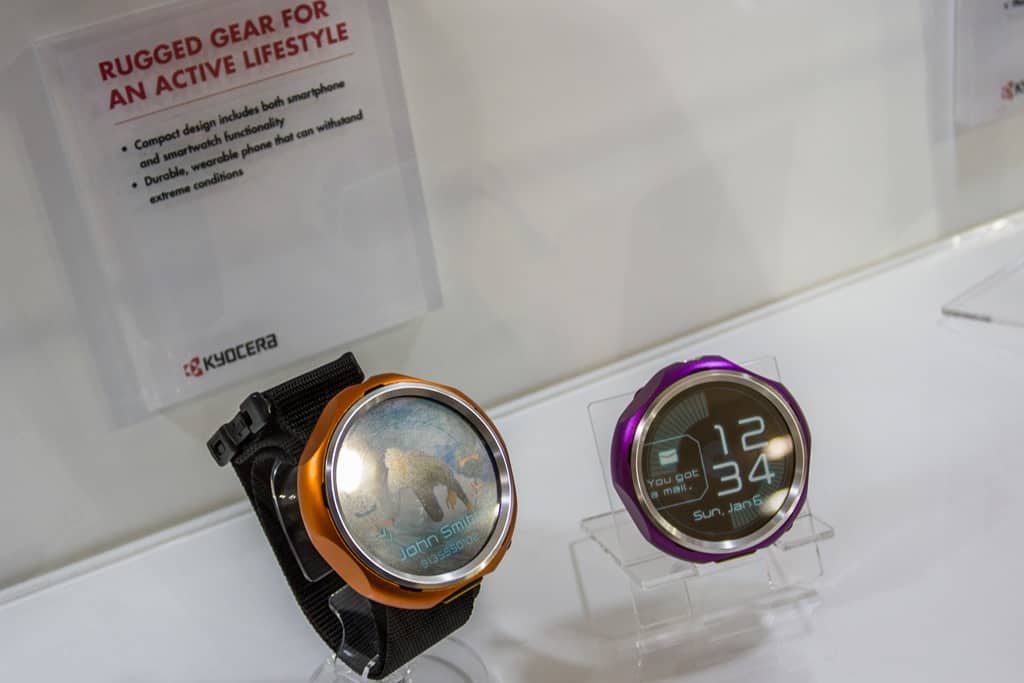