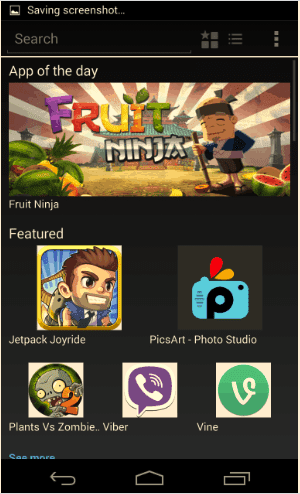 The Nokia X lineup of phones is pretty strange. And I still refer to them as the "Scroogle" phones. Although we do know that we can sideload apps on them, as well as install third-party launchers like Nova and Apex. Now we're learning that you can install the Nokia App Store on Any Android device now. But that leaves us wondering, why would anyone want too?

The app can be sideloaded on your device just like any other apk. In fact, it's the same as sideloading the Amazon App Store. Nokia introduced its own custom framework and making their own APIs available for developers, however there aren't any Google apps here. Which makes it strange as to why someone would want to sideload this apk. Additionally, the app hub doesn't enjoy the quality or the quantity of apps as Google Play does. But I'm assuming, Nokia will get more in their store pretty soon.

You can check out the source links below to get the APK from XDA. It's just as simple as installing the APK, of course you'll need to be sure "Unknown Source" is enabled on your device. Obviously, the porting of the Nokia Store app also opens up the opportunity to port over other apps like Nokia Here Maps, Mix Radio and more onto other Android devices. As expected, this does not bode well for Nokia, and I'm sure they will do something to keep this from happening. However, what can they really do? There's not much they can do when it comes to porting Nokia apps to other devices.

How many of you are thinking about porting over the Nokia Store or any of Nokia's other apps to your own Android smartphone or tablet? Be sure to let us know in the comments down below how it works out for you.