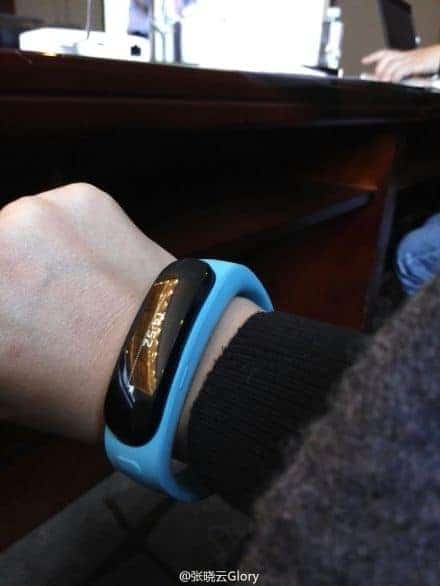 While we know that Huawei is to announce a trio of new mobile devices next week at Mobile World Congress – thanks Siri! – there's been rumblings of a possible wearable coming from the Chinese giant as well. Such a move would not only bring the company in line with other competitors such as Sony and Samsung, but also bring them closer to fellow Chinese company ZTE. ZTE showed off a smartwatch at this year's CES last month, which wasn't all that impressive. Unfortunately, if the above image is anything to go by, Huawei's offering might not be any more impressive at all.

The leaked photo hit the internet not too long ago and while there's no telling that this is a final product, or indeed something from Huawei, we're hearing that this is to be announced alongside their upcoming tablets and the Huawei Ascend P7. Without being unkind to Huawei, let's just say that this guy doesn't look all that compact, and in fact seems really quite bulky. It looks to us like Huawei has tried to blend a smartwatch with a simpler bracelet design. However, if they were looking to go for simple, it doesn't look like it worked out. After all, this isn't the most attractive wearable we've seen in a while. Still though, this is just a leaked image and it could just be a prototype, with the final design Huawei is to show off on stage much more svelte in appearance.

Wearable technology is more than likely going to a big theme next week. With Samsung rumored to announce not one, but two Galaxy Gear devices. The smartwatch is here to stay and while a lot of those heading to market are still a little way off, they serve their purpose just fine. We recently reviewed the SmartWatch 2 from Sony and while it shows promise, it's not quite there yet, neither was last year's Galaxy Gear. Let's just hope that the wearables on hand at this year's Mobile World Congress are much better than those of CES.