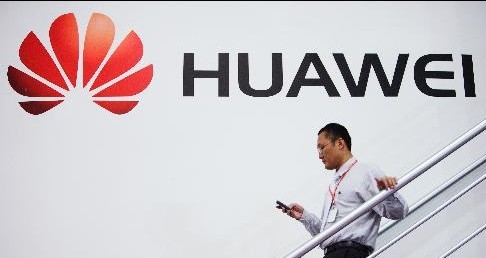 Now that CES is over, it's time to shift our gaze to Mobile World Congress. Mobile World Congress, commonly known as MWC, is where companies like Samsung, Motorola and Sony hold press events to announce products. Like CES, it will showcase new products and ideas from different manufacturers.

Huawei, the popular Chinese smartphone company, made quite a splash at CES with its Ascend Mate 2. Huawei will also be  at MWC this year, and it seems that they have been working on something new for consumers. Recently, rumors have surfaced that Huawei will again announce a phone, but this time at MWC. The rumored phone announcement is for the Ascend D3. Rumor has it that the Ascend D3 will feature a HighSilicon Kirin 920 Octa-Core processor that has the potential to be faster than the one in the Galaxy S 4.

This rumor comes with a screenshot that gives us some other information about the device. According to the screenshot, the device we're seeing will be called the Ascend D3, and it will measure 6.3 mm thin. The screenshot also shows that the K3V3 Octa-Core processor will reach speeds of 1.8 GHz. The Octa-Core processor won't run all eight cores at once, but it will run four at a time. This is very similar to the processor in the Galaxy S 4 that also runs four at a time.

Another interesting thing to note about the Ascend D3 is the overall setup of the processor. According to sources at Weibo, the Octa-Core Processor will be an ARM big.LITTLE microchip setup. This setup allows for better power optimization, meaning that it will save energy and have great performance at the same time. The software that the big.LITTLE runs will automatically move tasks around quickly so that the user won't notice any stutter or lag. It will appear to be seamless.

With MWC just around the corner, it's no wonder these rumors are starting to pop up now. Starting February 24th, we should be hearing way more information about this phone, including more specs and features. Huawei hasn't announced a time or date for their press event at MWC, but they are planning on announcing a smartwatch and tablet, as well. 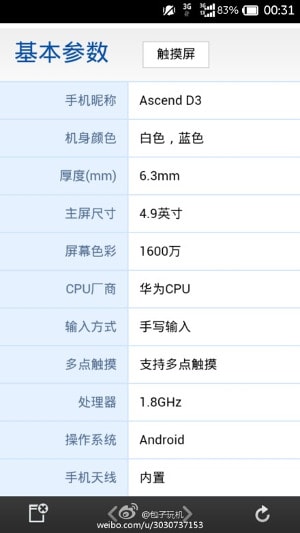