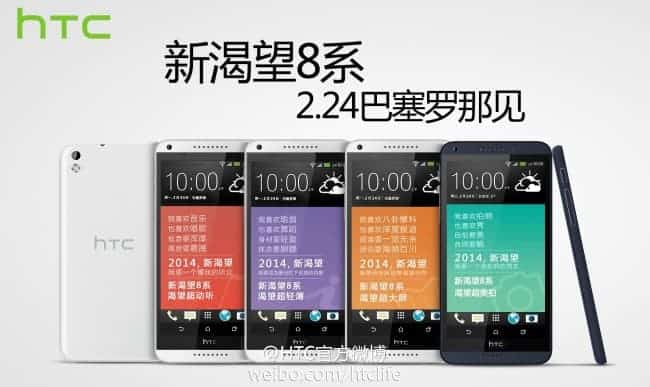 HTC might be absent from Mobile World Congress in a major capacity, but that doesn't mean that they're going to be completely invisible. The Desire 8, which leaked out earlier this week, is pegged to be released next Monday during the show and it looks like HTC might finally have gotten the mid-range equation right this time around. HTC has been teasing the Desire 8 on their Chinese social media sites and have revealed some official press shots of the device ahead of next week's unveiling. Design is of course a subjective thing, but to us this guys look pretty damn good. So far, it looks like the Desire 8 is going to come in white and a grape-like purple color, but we're pretty sure more colors will be on their way.

While HTC isn't saying much else besides releasing the photos, specs for the Desire 8 have already leaked out a couple of times now. Aside from specifics, we're looking at a device with a Quad-Core 1.2 Ghz Snapdragon 400, 1GB of RAM and a 5.5-inch 720p display. The lower-resolution of the display is probably a cause for concern for some, but the Desire range has become HTC's mid-range line and as such, the Desire 8 shouldn't command a premium price tag when it launches next week. Also, this is a device that's more than likely focused on Asia, larger devices are more popular there and despite rumors of the Desire 8 heading to Sprint and such, HTC need to focus closer to home in order bring the money in.

Next week we should know a lot more about HTC's latest mid-range device, but so far things are looking good for HTC and the Desire 8. After countless Desire models will little character or redeeming qualities, perhaps this is HTC's Moto G? Only time will tell and we'll have the latest on the Desire 8 and anything else HTC next week. 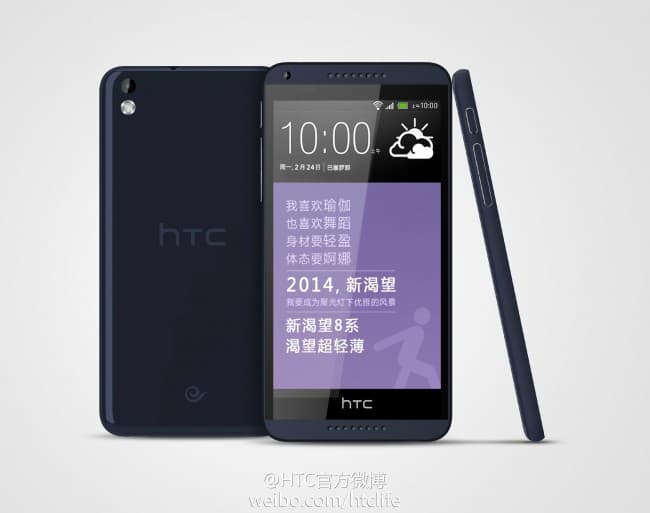