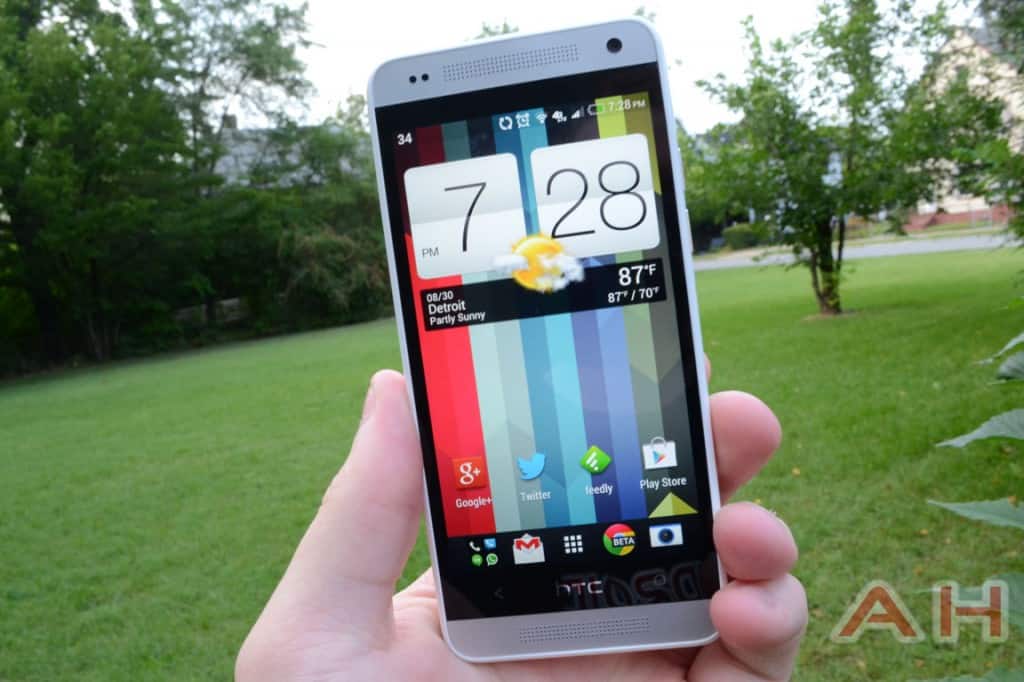 We had heard that HTC would be making a mini edition of the M8 when they announced it later this quarter. We pretty much know all the specs of the HTC M8, but now we're looking at the specs of the HTC M8 Mini, which actually look similar to the HTC One Mini from last year, which was one of my favorite phones.

According to @Evleaks, the HTC M8 Mini would feature a Qualcomm Snapdragon 400 processor (that's quad-core clocked at 1.4GHz), a 4.5-inch 720p display (likely either LCD or SuperLCD) along with 1GB of RAM, 16GB of internal storage along with a microSD card slot, a 13MP camera on the back and a 5MP shooter on the front. It'll also support WiFi a/b/g/n/ac as well as Bluetooth 4.0 and will feature Android 4.4.2 KitKat and Sense 6.0.

The specs of the HTC M8 Mini actually look pretty good. But what really stands out is the camera. The current HTC One Mini has a 4MP UltraPixel camera like the HTC One. So if that's anything to go by, we might be seeing a 13MP camera in the HTC M8, which is something we'd all welcome. As the 4MP UltraPixel in the HTC One was not the best choice on the side of HTC. Yes, it was great in low-light performance, but other than that it wasn't all that good. But it did perform a whole lot better than the 10MP ClearPixel on the Moto X, unfortunately. Additionally, the HTC M8 Mini is said to sport on-screen buttons. Which we've heard the HTC M8 will feature as well. That would also be a welcome change, as that's the standard for most people nowadays. Besides, HTC likes to change their button layout all the time anyways, and this makes it easier for us to change it back.

Having said that, I can't wait to see the HTC M8 and M8 Mini (perhaps a Max too?). What do all of you think about these specs?