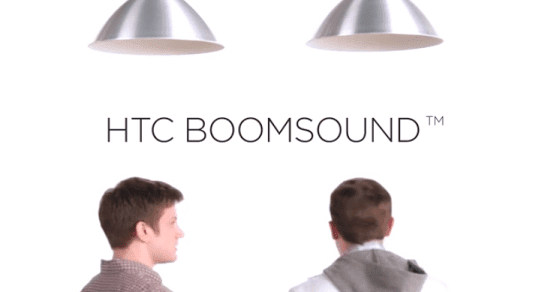 It has been a busy week for Android and mobile news. With MWC almost over, we've seen all kinds of things, from the announcement of the Galaxy S 5 to news about Motorola's future plans to new Nokia devices running Android. Just because MWC is almost done doesn't mean that we won't be hearing anymore leaks for future devices.

We know that HTC has an event planned for March 25th, during which we will be seeing the announcement of the All New HTC One. The newest HTC device should be sporting some updates to the UI. We've already seen some leaks that suggest HTC will be utilizing Kit Kat's transparent navigation and notification bar. We've also been seeing in various leaks that we'll be getting on screen software buttons. As far as color options go, leaks suggest that we'll be seeing black, silver, blue and possibly a gold variant.

HTC posted a video that starts off discussing BoomSound for the HTC One. Then, in a turn of events, they bring out a blurred device and call it the All New HTC One. They also mention that they have updated their speakers for the new HTC One. HTC is definitely teasing us, but it looks like we could be seeing some more of these videos over the coming weeks. This video was titled "HTC Technical Translations #1", so it seems likely that this is the first in a series of videos that will be shown before the official launch, which the video also mentions is March 25th.

If you don't recall, this isn't the first teaser that we've seen for the newest HTC One device. Right after Samsung announced the Galaxy S 5, HTC tweeted a picture saying "Buyer's remorse: coming soon to S5 owners", with the date of March 25th at the bottom. With the addition of this new video, it seems that HTC believes they have something good coming. It also looks like they're looking to blow the Galaxy S 5 out of the water.

We'll probably be seeing more leaks over the next couple of weeks. We have just under a month until the All New HTC One event, which is where we'll learn about the actual specs and features of this new device.