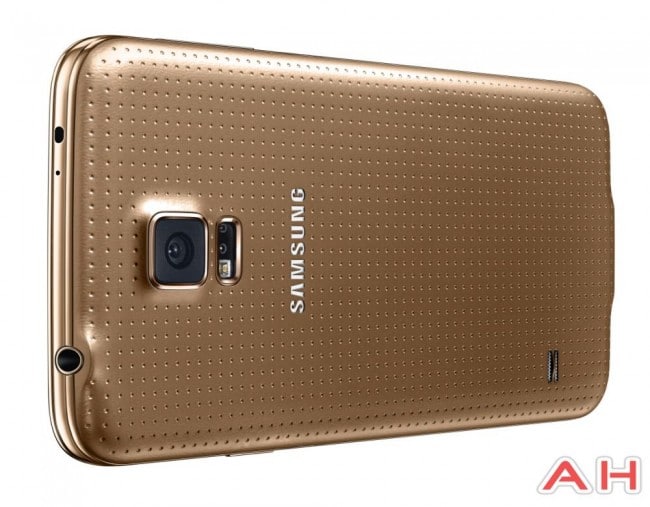 When Samsung announced the Galaxy S5 there was a lot of indecision, shall we say, concerning the pattern Samsung went with on the rear of the device. I'm sure many of our readers – who are social butterflies throughout Google+ – have noticed some criticism being thrown Samsung's way. I don't think it would be too far to say that the Galaxy S5's has been a disappointment to a lot of Samsung fans and mobile enthusiasts in general. No matter though, people will always have fun with something if there's ammunition, and I am sure Samsung are simply thinking "there's no such thing as bad press". The Galaxy S5's backing has been likened to a band-aid a number of times on social media and HTC themselves have taken a shot or two, or three at the new Galaxy S. Now though, it seems that a US exec from HTC is joining in the fun, too.

Things started off when HTC tweeted a tongue-in-cheek remark that Galaxy S5 owners were to experience buyer's remorse when the new One is announced March 25th. Either HTC conveniently forgot that the device isn't being released until April, or they simply had their ammo ready beforehand. The latter sounds more likely to us. They've since taken to Twitter again and tweeted another retort aimed at Samsung, simply saying "hope they're ready to be One-upped". If you take a look at the company's Twitter feed, you can see that whomever is running things there has retweeted a number of negative comments concerning the Galaxy S5. So, too has Jason Mackenzie, the President of HTC America. The US exec retweeted a Tweet from Joanna Stern – whom many of you will remember from Engadget and The Verge fame – likening the Galaxy S5 to a band-aid.

All of this is incredibly amusing to us Android fans. After all, it's not often that you see companies trade blows so openly like this, still though if this is the best HTC has to combat the Galaxy S5, it looks like they're marketing strategy still needs work. Drumming up a little enthusiasm through humor is all fine and well, but we wouldn't be surprised if all the jokes suddenly came to a halt at the intervention of Samsung. We really hope that HTC has something better than this to combat the Galaxy S5, after all it would be foolish to write off any device from Samsung so early.