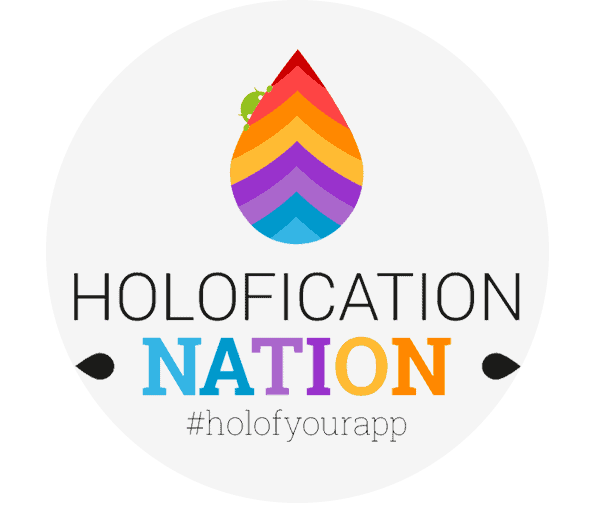 Starting with Android 4.0, Google created a brand new interface which they've critiqued a bit in every update since Ice Cream Sandwich. But it's relatively stayed the same. They've tried to get developers to adopt these new design guidelines, but have had a bit of trouble especially with older apps and apps made by large developers like Facebook. The #Holoyolo designed apps look really nice, and it's hard to go back to an app that was designed before ICS in 2011. However, Holofication Nation is looking to change that.

This is a community of over 750 members whose mission is to transform some of the biggest and favorite apps out there with a legacy design into a beautifully looking app. At this time, the project is still pretty small, with only four apps available, which include Instagram, Steam, Snapchat and Grooveshark. The team has also stated that their goal is to make sure there are no bugs in the app, aside from updating the design of the app. Which means it's going to take some time to get these apps working well. That's why it's so slow right now, but hopefully things will speed up soon.

This work is thanks to, two people +Connor Kirkby and +Brandon D'Souza over on Google+. You can go ahead and jump into the Google+ community now and give these guys some ideas for what apps they should jump to next. The Holofication Nation team is looking to make their own app to highlight these Holo-fied apps, in which they'd need a developer to do that. Which the team is stressing that the position is unpaid, thus you'd be a volunteer.

If you want to install any of these apps, you'll need to uninstall previous versions of the apps before installing the new ones. Which isn't hard to do, then you are able to install these new apps as there are no other requirements like rooting, modding or running a custom ROM. Which sounds good to me.