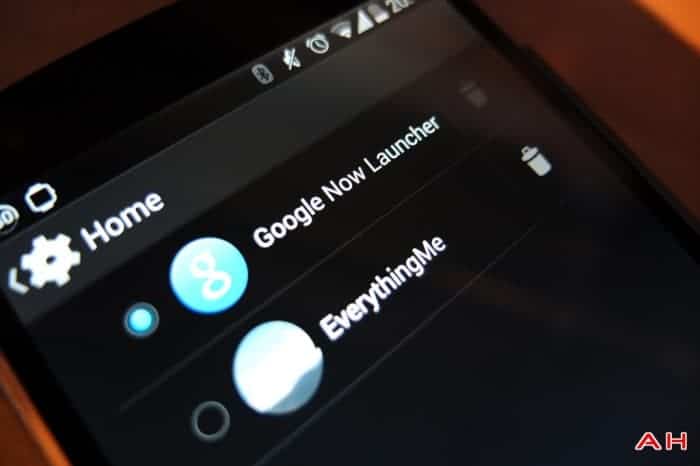 When Google launched the Nexus 5, they launched a new launcher with it, one that was more tuned in to Google services. It was one more piece of the Google puzzle that made the Nexus 5, pure Google. However, folks quickly realized that installing the launcher's APK from the Next 5 onto other devices gave them the same experience. Ever since then, a far portion of the Android community has been running what we used to call, the Google Experience Launcher. Now though, it looks like this launcher might be coming to the Play Store on its own and is now called the Google Now Launcher. As the folks over at Android Police have found out, the recent update to the Google Search app isn't as small as some have thought.

For one thing, the launcher is now called the Google Now Launcher, which makes a whole lot more sense and could mean that the launcher is coming to the Play Store soon. There's also evidence of the app wanting to import your data from other launcher apps, too. While we've not seen that ourselves – I've been running the launcher and nothing else since last November – it definitely feels like Google have put some extra effort into this latest update. Hotword detection now works for British and Canadian English, great news for folks like myself as I can now use Google Now in British English once more. Voice recognition feels a little better as well.

Where the launcher is concerned, there are a couple of fixes there as well. For one, the launcher now keeps your icon that was in the furthest right position on the dock, which was annoying to say the least. As well as that, there are now six columns available for tablets, which is an increase from the five it originally gave people. All of these fixes are nice and they're definitely the most attention the app has gotten since it launched with the Nexus 5. While there's no word on the launcher coming to the Play Store officially, it's beginning to look that way and I for one, would very much like to see it in the Play Store. The update is rolling out now and, could take a day or two to get to your device, as is the norm with Google updates. Let us know your thoughts in the comments and on Google+!