One of the main reasons people turn to Android over the alternatives like iOS is the fact that Android is very open source.  Google designed it as such to create an ecosystem where the app developers could flaunt their creativity and be rewarded, without much interference by an outside party.  Unfortunately, there is a minority of people who take advantage of this system and use it to their unfair advantage, typically by copying an app, either in appearance so it seems likes a popular app or in functionality that is not original.  While Google currently removes apps off the Play Store if they are harmful or violate the terms and conditions in some other way, it is much harder for them to find and remove these duplicated apps.

Thankfully, Google has found a way to combat this.  In a new patent application called “Detecting Pirated Applications”, Google explains a system that they have developed to catch apps like these before they are instituted into the Play Store.  The process involves Google identifying trusted assets in trusted apps and generating a signature set for them.  Then, they create signature sets for the new app in question, and should the signatures for all the new apps assets, which includes images, executable coding, audio files and data files, be matched up with those already in use, then the app is set aside for manual review before entering the Play Store properly.  The app is looked at by a Google employee and is decided to be either in violation or not.  If so, then the app will be removed before ever being viewed by the public.  The reviewer will also need to consider whether the violations are using open-source code or images that anyone can use, or if they are infringements of the original apps intellectual property.

With this new system, Google can now reduce how many duplicate or semi-duplicate apps are on the Play Store without having to manually inspect each and every one.  What does this accomplish, you ask?  Well, it will show developers that Google is looking out for their best interests, and in turn that they are being more developer friendly.  This can only help the Play Store grow in the number of legitimate apps available, helping the Android ecosystem as a whole.  Any thoughts on this?  Let us know down below. 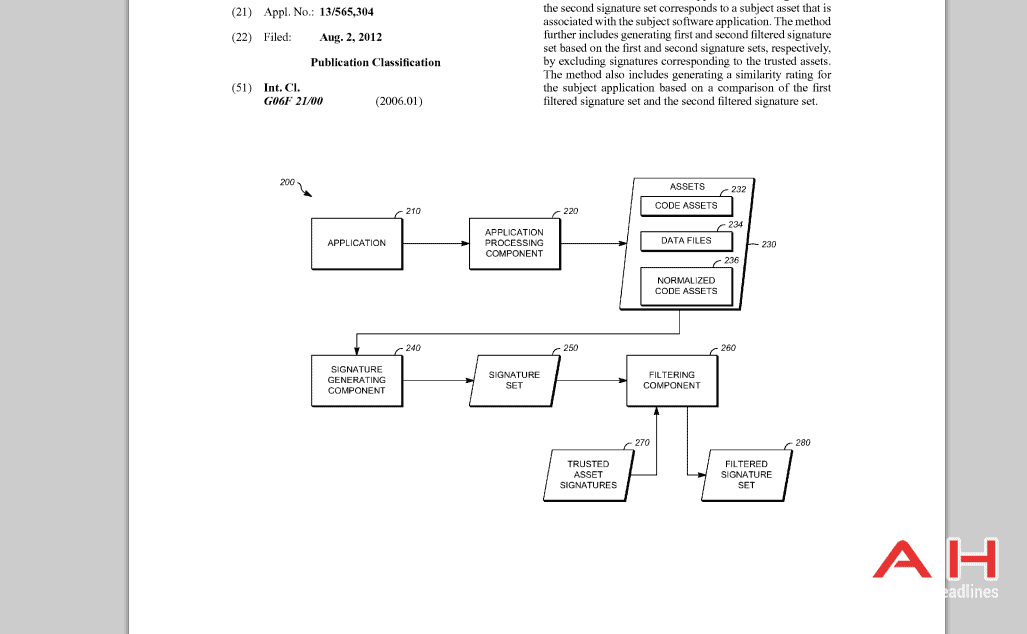 Via:  Cult of Android | Source:  USPTO