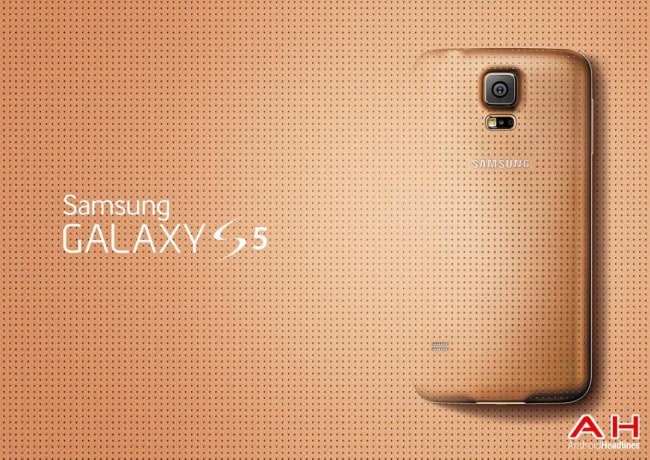 Mobile World Congress might be winding down a little bit, but that doesn't mean there isn't plenty of news to come out still. When Samsung took to the stage on Monday to announced the Galaxy S5, they did so to much fanfare and let's just say the Galaxy S5 hasn't been all that well received on social media. Still though, there's no denying that Samsung have packed the Galaxy S5 full of tech and they've improved what needed to be improved and then some. Take their larger 16-megapixel camera and heart rate monitor for instance. All of this new technology is great and all, but Samsung devices often command a premium, which some feel is unfair for what they're getting. It's beginning to look like the Galaxy S5 might be a more affordable high-end handset from Samsung.

ZDNet Korea is reporting that the Galaxy S5 might be a cheaper device than competition such as the Xperia Z2 from Sony, which has some preliminary pricing that looks pretty harsh, indeed. There's word that Samsugn will be shipping the device to their carrier partners around the world for less too, which could explain a potential price drop. Salt is needed for this one though, as the device doesn't even launch until April, and Samsung has already said that they won't be announcing pricing until they've worked everything out with their partners around the world. With a heart rate monitor, fingerprint sensor and the usual raft of improvements, we can't see the Galaxy S5 costing all that much less than previous models. However, even if they were to keep the price the same as last year's flagship, Samsung would have a decent offering on their hands.

Of course, components and such come into play here as well. The Snapdragon 801 might be a new chip, but we can't imagine that Qualcomm is having to use a completely new fabrication process, which could deliver a lower cost than the, at-the-time very new, Snapdragon 600 used in last year's model. The 5.1-inch Super AMOLED display is of course of high quality, but Samsung makes these themselves and as such, they don't have to pay as much as they would to a third-party supplier. Who knows how much the Galaxy S5 is going to cost at this point, but if Samsung can offer the device for either a lower price, or pricing that offers better value then they'll once again have something to make a fuss about.