Today, Samsung announced the Galaxy S5 at their Unpacked 5 event in Barcelona, and yes the leaks were pretty much on the money. However, anyone that’s writing off the Galaxy S5 as another Galaxy S4 moment for the Korean giant need to take a closer look. After all, you can’t judge a book by its cover. Where Samsung has made most of their improvements and such to the Galaxy S5 are in what the device can do for us day-to-day. One major part of that is the camera, which has seen a fair bit of improvement from the Galaxy S4. How much of an improvement? Let’s take a closer look, shall we?

First off, the Galaxy S5 features a 16-megapixel sensor, which not only features a higher-resolution than last year’s device, but also a larger physical size. Photogs reading will know that a larger sensor will help with noise and deliver better depth-of-field as well. There was no mention of ISOCELL on stage, but we wouldn’t be surprised if Samsung was using this technology in here. On stage, Samsung talked at length about High Dynamic Range and how the company had greatly improved their camera’s capabilities to create natural HDR photographs. Of course, Samsung have also revamped their camera software as well, and there are more modes and more features than the average user will ever need, but hardcore snappers will really enjoy them.

The headlining feature – in our eyes – is the inclusion of Phase Detection Auto Focus, which should greatly improve not only speed of focusing, but also accuracy as well. Contrast AF is notoriously finicky, and can lead to some frustrating moments when trying to capture the moment quickly. Samsung is boasting a 0.3-second AF time, which seems a little exaggerated to us, but if they can really pull that off, then the Galaxy S5 will please mobile photographers all over the world. With all of these enhancements, have Samsung improved on their already impressive imaging chops? We’d like to think so, but what about you guys? Let us know in the comments! 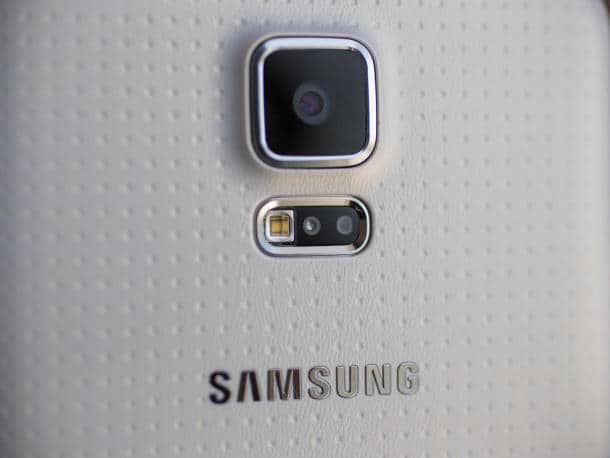