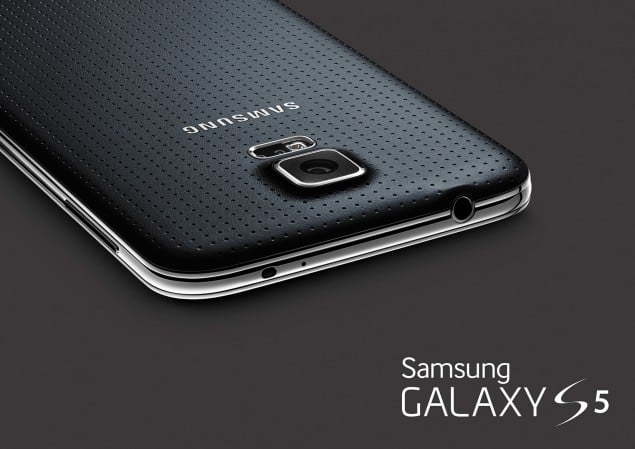 The Unpacked 5 event is over and the main focus of the show was definitely the Samsung Galaxy S 5. One of the most anticipated smartphones of the year has a whole new look with more focus on design and improvements in innovation that fans of Samsung devices love. Samsung is launching the Galaxy S 5 on 11 different carriers in Canada soon, but it may or may not launch on April 11th when the device launches in the US. In total Samsung says that the Galaxy S 5 will launch on April 11th in over 150 countries. The phones design looks familiar to that of the previous Galaxy devices, but with new features and a textured back, with four new colors and a clear focus on design and fitness.

Canadian customers might be able to pick these up sometime starting in April, but Samsung didn't actually state a release date for the Canadian market. Rather they mentioned the Galaxy S 5 would be coming to Canadian carriers "later this year." The carriers in Canada that will be getting Galaxy S 5 will be Bell, Fido, Eastlink, TELUS, Virgin Mobile, Videotron, Koodo, Rogers, MTS, SaskTel, and Wind Mobile. There was no mention on what the prices of the Galaxy S 5 will be for any of the markets that it will be launched in, and Samsung didn't specify if all the colors would be launched in all markets. It's also possible that the colors will be launched in every market that Samsung plans to release the Galaxy S 5 in, but at different times as well.

The Galaxy S 5 sports a few new useful features that subscribers in Canada as well as the rest of the world should find extremely useful, like the Finger Scanner for unlocking the phones home button and other functions like photo gallery. And the Heart Rate Sensor which goes further to display Samsung's focus on fitness this time around. The phone now also sports a Dust and Water resistant design, with a rating of IP67 that should keep the phone protected no matter what sort of elements life throws at you. A host of other new features were added in as well, but perhaps one of the best and most important is the new and improved battery with the new power saving mode, that allows for up to 10 hours of web browsing on LTE, and 12 hours of video playback on LTE. Other features like "Super Dim" brightness and the fastest WiFi support in a smartphone to date were also mentioned. Look forward to more information on exact release dates for the Galaxy S 5 in Canadian markets as Samsung announces it.