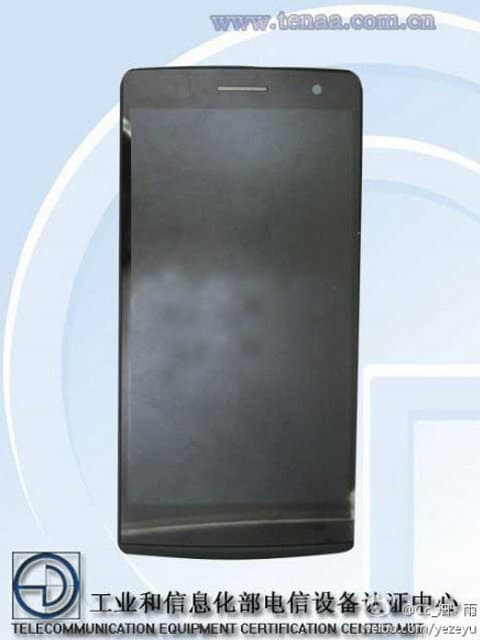 Chinese manufacturer Oppo is gearing up to launch the successor to the Find 5, which was one of the first smartphones with a Full HD 1080p display. With the Oppo Find 7 however, the company is going to be shipping two variants of the device, one with the Full HD display and another with a QHD, reaching a dizzying resolution of 2560 x 1440. The release date for the Find 7 has been teased a number of times as being March 19th, which isn't too far away at all. Right on cue then, the Full HD version of the Find 7 has appeared in the TENAA database, the Chinese equivalent of our FCC.

Devices often pass through the TENAA in the run-up to their launch and this latest database entry has told us a lot about the Find 7, of course most of this we already knew. This version of the Oppo Find 7, with the model number of X9007, features a quad-core Snapdragon 800 clocked at 2.3 Ghz, 2GB of RAM and of course the 1920 x 1080 5.5-inch display. This already makes the Find 7 a considerable upgrade over the Find 5, with the Snapdragon S4 Pro aging a little bit these days and while the screen has grown to 5.5-inches, larger devices are often quite popular in Asia so, this is another good move for Oppo.

We don't know everything about the Find 7 just yet, we do know that it's going to be featuring a removable battery. One thing that a lot of Android fans of hoping to see is another CyanogenMod variant of the Find 7, the N1 featured CyanogenMod out of the box in a limited edition. While we're not sure if Oppo will take the same route with their latest flagship, we're pretty certain that CyanogenMod will be up and running on the Find 7 in no time after its launch. With so many great phones set to launch at this time of year, it'll be interesting to see how and whether or not Oppo will distribute the Find 7 internationally.