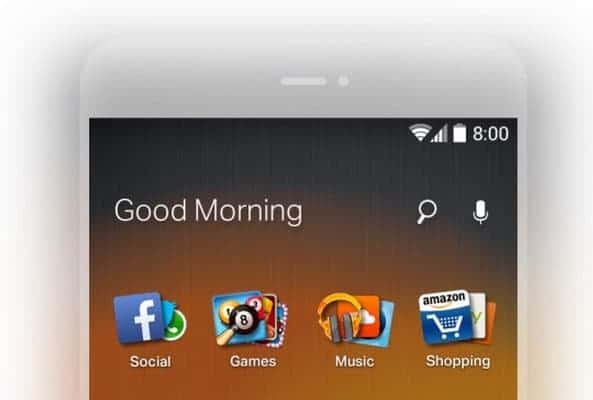 Just recently, the contextual launcher EverythingMe came out of beta and is now a free download on the Play Store. The launcher is different from most as it not only aims to make organizing your apps a little bit easier, but it makes things contextually aware. For instance, certain apps you use at work will be shown when at work, and then those at home, at home. You get the idea. It's a decent enough launcher and if you were looking for something that brings search and simple organization to your smartphone, EverythingMe is a decent option.

Now though, there's word that the folks over at Mozilla, will be releasing a slightly rebranded version of the launcher, tentatively dubbed "Firefox Launcher". This launcher will essentially be the same as EverythingMe, but feature Firefox as the browser of choice, instead of Chrome. The company has only just announced the project however, so there's a chance that some other features will be coming to this Firefox Launcher in due course. They could quite easily inject some of the style from their Firefox OS as well, in order to make it stand out. It's not ready for testing just yet either, but we're sure Mozilla will have something to share when they get closer to a release.

You might be wondering why and how Mozilla is able to do something like this. The answer is pretty simple really, Mozilla is an investor in the EverythingMe startup and thanks to a revenue share, the new launcher would benefit both of them. When users are "nudged" into downloading a new app from the launcher's recommendations, EverythingMe make a little money off of that, so with another launcher out there, there's potential to bring in even more money. EverythingMe still faces the challenge of actually getting people to install their new launcher and a Firefox Launcher would face the same problems, after all with Google pushing Chrome so much it would be difficult to get average users to switch.