It bends, it self heals, it's curved, but does it get your hard earned money?

The LG G Flex is one of those phones that we never really thought would make it to the US. But at long last, it is here. And it's available on Sprint, AT&T and T-Mobile right now. I have the T-Mobile variant of the LG G Flex here, which is what we'll be talking about today. The only real difference between the three variants are bloatware, and the carrier logo's. The LG G Flex was announced late last year, and was just days after Samsung announced their Galaxy Round. Being the first two devices with a truly curved display. Sure there was the Galaxy Nexus, but that was not completely curved, the screen was slightly curved but past that, there wasn't much special about the Galaxy Nexus, in that aspect. The Galaxy Round is curved from left to right, instead of up to down like the G Flex is, Which I think I much prefer the curve on the G Flex.

The LG G Flex is essentially the G2, but with a larger curved POLED display instead of an IPS, larger battery, and that's about it. The software has changed a bit, which I think has changed for the better. But we'll talk about that more in the software section. As far as specs go on the G Flex, we're looking at a 6-inch 720p POLED Curved display, Qualcomm Snapdragon 800 clocked at 2.3GHz, 2GB of RAM, 32GB of internal storage, 13MP shooter on the back with a 2MP front-facing shooter, 3500mAh battery and Android 4.2.2. Not bad specs, aside from the display, which isn't as bad as I thought it would be. 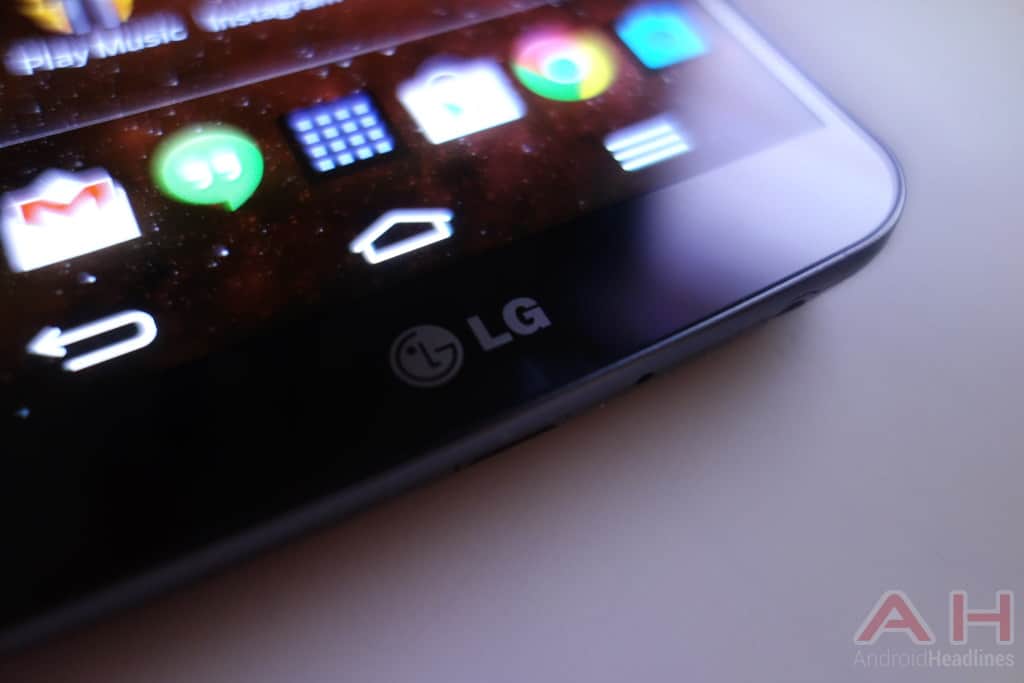 The overall build of the G Flex isn't as nice as the G2. But it is made of plastic, especially on the back you can feel it. It's made of the glossy plastic that Samsung uses most of the time, but it doesn't feel as slippery as the glossy plastic Samsung uses. Of course that's also because the G Flex is flexible, hence the name. As well as the self-healing back that it sports as well. 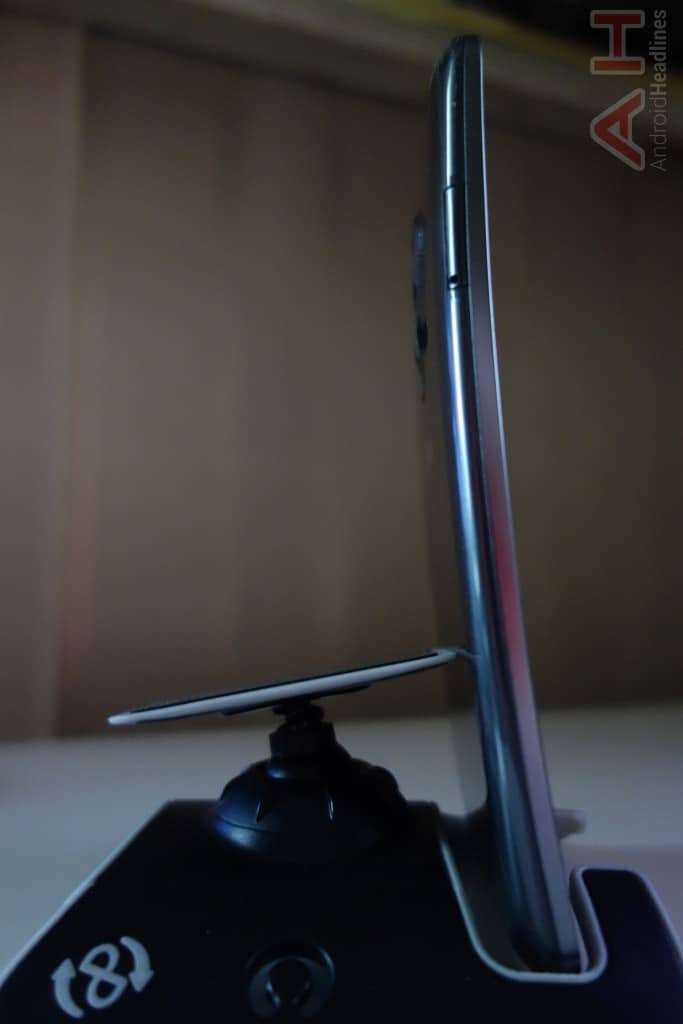 Speaking of the self-healing back. It's a great feature, but it's not completely there. Some scratches that the G Flex got on the back were able to disappear, but some of the bigger ones weren't able to disappear, at least not instantly. But it's definitely the start of something great. I'd love to see the self-healing technology work on the front too, especially the display, and make its way to all phones. It would be one of those "killer" features, at least in my eyes.

As far as where everything is, on the front, you've got the 6-inch POLED Curved display, with the speaker grill and front-facing camera up top. There's also the nice LG logo at the bottom of the front. There's nothing on the right side, but the left side has the micro SIM card slot. On the bottom you'll find the microUSB port and the 3.5mm headphone jack. Then on the back you'll find the 13MP camera along with the volume rocker and power button. There's also the LG and T-Mobile logos, which we all expected on the G Flex. 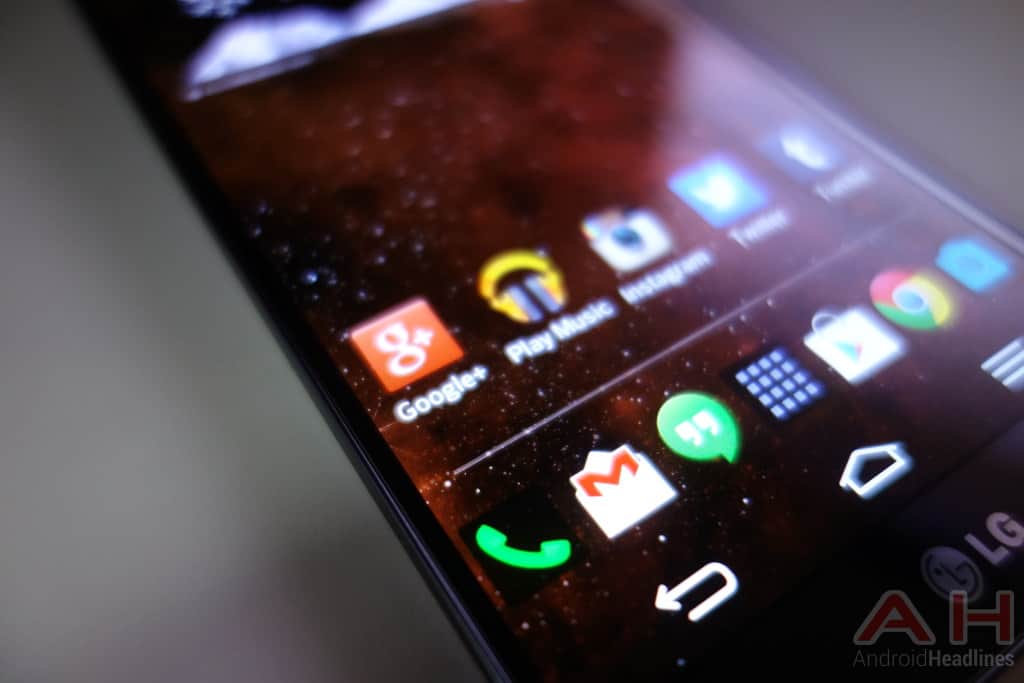 The display on the G Flex, like I said earlier, isn't too terrible. When I first heard that they put a 720p display on this 6-inch device, I thought it would make me cry. But honestly, it's not that bad. Now it's not as good as the G2's display, obviously since it is POLED and not IPS. There is also some ghosting issues with the display, but overall, I really like the display on the G Flex. Now would I have preferred a 1080p display? Of course. But the 720p doesn't make your eyes hurt after using 1080p displays. And I've used just about every flagship in the past 18 months. 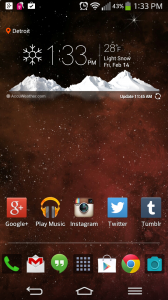 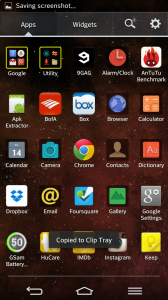 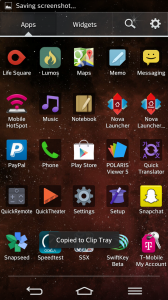 This is where I was the most surprised. The software on the G Flex is actually much nicer than on the G2. Now the G Flex's software has changed a bit since the G2, and I wish I had a G2 here to compare them side-by-side, but you'll have to check out my LG G2 review from September to see the differences. The biggest difference I noticed right off the back was the status bar. It's no longer the weird blue-ish color for all the system icons like WiFi, mobile data, nfc, and time. But it's now white, or a light gray. Kind of like KitKat. Although the battery is now green instead of white/gray. Which I'm still fine with. But that was my biggest issue with LG's skin prior to the G Flex. The notification bar is still basically the same. You've got your quick toggles along the top, and you can open up the Q Slide apps to use even more space, along with the brightness and volume sliders. Which I kind of wish all this was optional. I'd love to be able to get rid of all this stuff without needing to root the device.

As far as bloat goes, there seems to be a lot less than was on the G2. On the T-Mobile variant there is Box, Life Square, Lookout, Mobile Hotspot, POLARIS Viewer 5, SSX, T-Mobile My Account, T-Mobile Name ID, T-Mobile TV, Visual Voicemail, and that's about it. The rest are essential apps that come on every device, like Google's apps and things like the calculator, weather, etc. Which is quite different from the G2 I reviewed back in September. 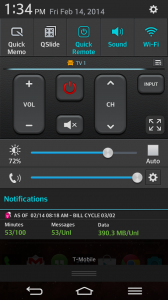 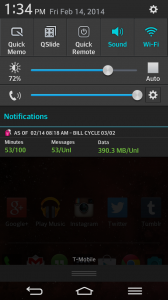 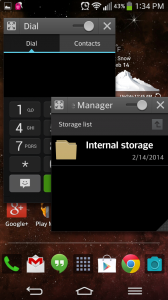 The LG G Flex does include just about all the features that was on the G2. Which includes Q Slide, Slide Aside, Quick Memo and more. With Slide Aside, you still have to do that awkward 3-finger gesture to swipe the apps into memory. Additionally, you're still stuck with only being able to save 3 apps at a time. Which is ashame, as it's a pretty cool multi-tasking feature, but only being able to have 3 apps in memory is not that good. But that may be due to the amount of RAM it takes to use Slide Aside. 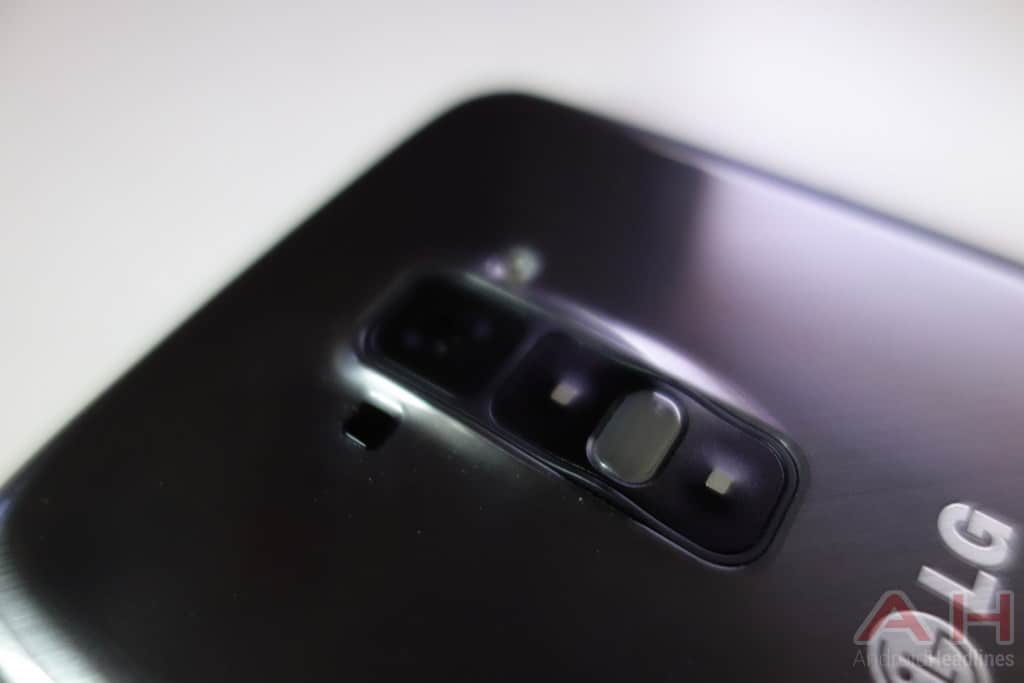 The camera on the LG G Flex is a 13MP OIS sensor like what's on the G2. And I raved about the G2's camera, and I still think it's one of the best mobile camera's out there. The G Flex still takes pretty good pictures, but I think the G2 takes better pictures. Coming from the Moto X, I was really impressed with the G Flex's camera, which doesn't really say a whole lot. As we know how great the camera is on the Moto X. But you can find plenty of pictures down below and a video as well. 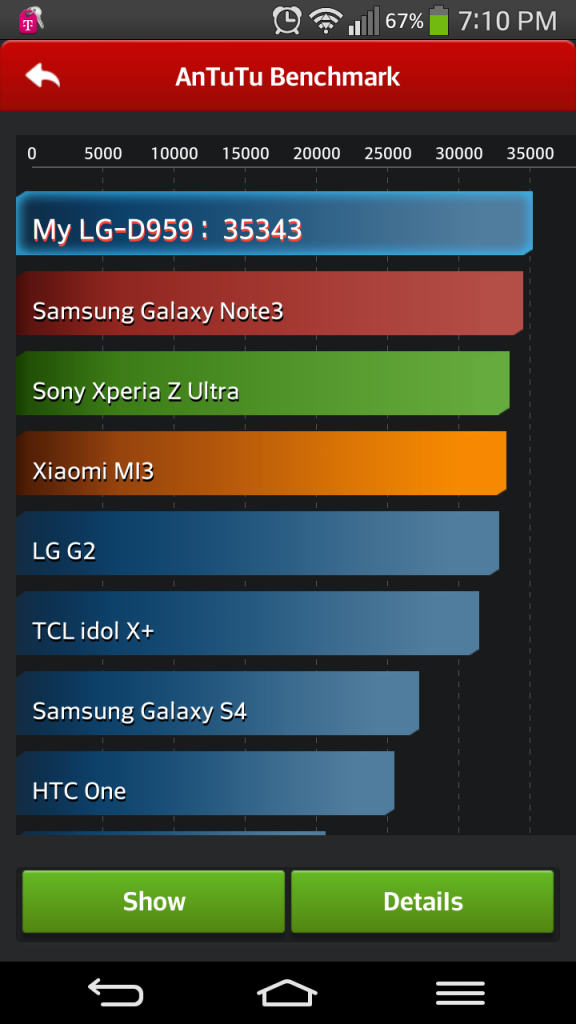 Per usual with my reviews, I ran AnTuTu on the G Flex, and I was able to get a score around 35,000 or higher, consistently. Which you can see one of the tests above.

The battery life is amazing. That's all.

But on a more serious note, the battery life is stupid good. I am typically able to get around 26-40 hours off the charger with anywhere from 5-7.5 hours of on-screen time. Now obviously, that's going to depend on what you're doing on the phone, but that's still some really good on-screen time. At least in my opinion.

The curved display on the LG G Flex is rather cool. But is it all that realistic? Not yet. While I do like the curved display and such, I just don't see a real need for it other than "look at how my phones' screen can be flexed", etc. As far as curved display phones go, in my opinion it's LG – 1, Samsung – 0. And that's because LG brought the G Flex outside of Korea, while Samsung is keeping their Galaxy Round in Korea. I'm excited to see what both of these OEMs do with curved displays in the next couple of years though. But I think I'm even more excited to see what LG can do with that self-healing back. I'd love to see that with a waterproof phone. Although that might keep people from ever upgrading their device.

I'd say buy the G Flex if you're looking for a big device, like a phablet, and you don't want to wait til April/May for the LG G Pro 2. Otherwise, I'd say skip it, as it is a first generation product.